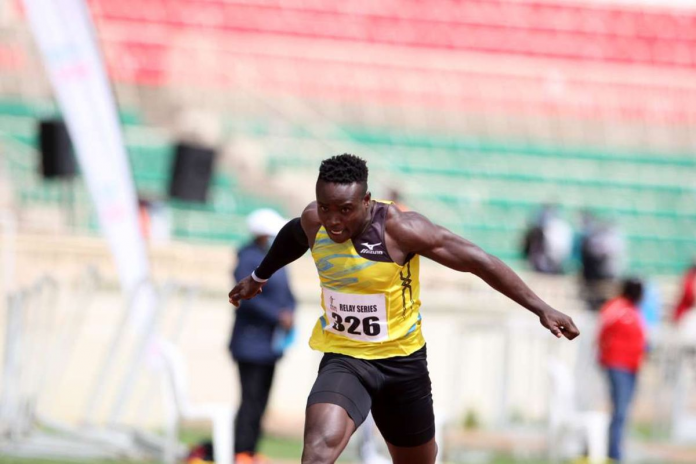 A new national record has been set over the 100m distance by Kenya’s 100m champion, Ferdinand Omanyala, as he represented the country to win one of the six 100m semi-final races in 10.01 seconds at the Betking MoC Grand Prix at Yabatech Sports Complex in Lagos, Nigeria.

When ratified, Omanyala’s time will erase former national champion Mark Otieno’s time of 10.14 set in 2017. In a scintillating show which saw Omanyala attain the qualifying standards for the Tokyo Olympic Games, the athlete surpassed the targeted mark of 10.05sec, and this follows on his impressive achievement set on January 29 this year when he shattered the national record, clocking 10.11sec during the National Relay Series, although he was judged to have been wind-assisted.

An elated Omanyala expressed his joy saying: “I am glad to have achieved my target of breaking the national record as well as attaining the Olympic qualification time”

Omanyala’s efforts put him in pole position to represent the country for the same track and field event at the Olympic Games in Tokyo, and it is expected he will put on a strong showing.