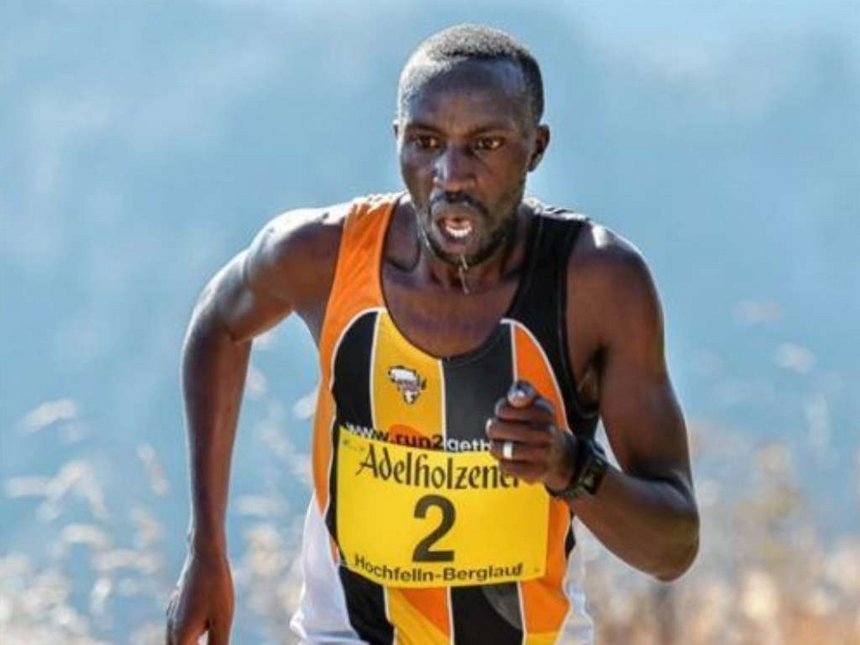 Ndungu was joined by Eritrea’s Filimon Abraham at the start of the 9km race, chased by Francesco Puppi and Yossief Tekle. Italian twins Martin and Bernard Dematteis were close behind and were able to break up the race in the latter stages by challenging the top positions.

An amazing crowd of fans cheered the final rush up to the Hochfelln peak where Ndungu – who had given a knock-out blow to Puppi during the previous two kilometres – was able to hold on to a narrow eight-second advantage to clinch victory in 43:48, his second win in this year’s World Cup after the Grossglockner round one in Austria.

With his second-place finish, Puppi now has an 85-point lead over Ndungu going into next week’s cup final in Smarna Gora and has taken a big step closer towards his dream of winning a first Mountain Running World Cup crown.

Austria’s Andrea Mayr prevented a Kenyan double by winning the women’s race, gaining revenge on Lucy Murigi, the winner in Andorra two weeks ago.
In pursuit of a ninth crown, the eight-time Adelholzen Hochfelln Berglauf champion ran away from the field to win comfortably in 47:44, just 16 seconds shy of her own race record.