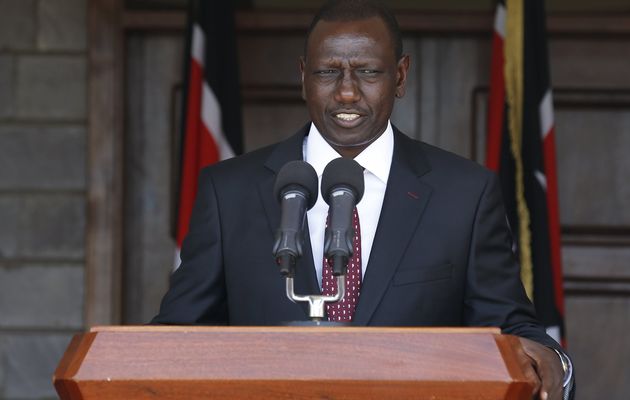 Kenyan Deputy President William Ruto has recently said that the International Criminal Court’s case against him and broadcaster Joshua Sang collapsed this week because they are innocent.

ICC judges on Tuesday declared a mistrial and threw out the charges Ruto faced over post-election violence because political interference had made a fair trial impossible.

Ruto said on Friday he had not been involved in any purchase of weapons and planning of the bloodshed that started after Kenya’s disputed election in December 2007 and killed 1,200 people.

“The allegations that were made against me were criminal acts of evil minds that schemed, connived, colluded and fabricated a case against us,” he said at his first news conference since the charges were dropped earlier this week.

Flanked by his family, Ruto, who is expected to run again in elections next year and possibly stand for the top job in 2022, rejected a statement by the ICC that the case unravelled because of political and witness interference.

A similar ICC case against Kenyan President Uhuru Kenyatta fell apart last year, also following the loss of witness testimony. In both cases, prosecutors alleged that witnesses were bribed or threatened into recanting.