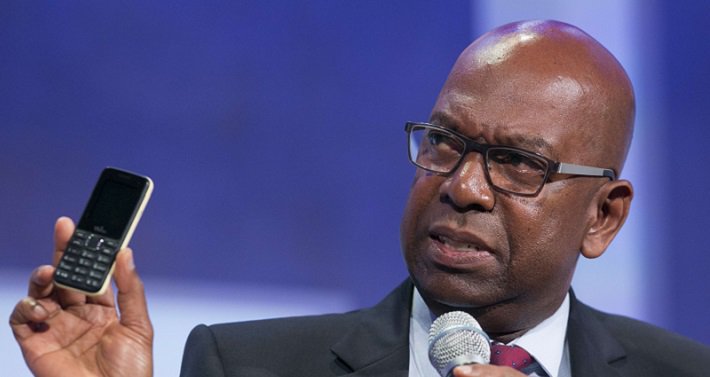 On Thursday, the Kenyan division of Bharti Airtel cut its call rates to all other networks to 2 shillings ($0.02) a minute. The company said the new tariff amounted to a 50% reduction in prices. Safaricom charges 4 shillings a minute.

“We are seeing a new price war coming,” Chief Executive Bob Collymore told reporters. “We are not going to move our prices. If we lose market share as a result of that then that is fine. We have to maintain a sustainable business.”

Prasanta Das Sarma, the chief executive of Airtel Kenya, said earlier this week the company had reduced its prices to attract more users.

The new tariff “gives double the value to the customers as now they can talk twice as much,” Das Sarma said in a statement.

Collymore, who returned to work this week after a nine-month medical leave, said he had battled acute myeloid leukaemia, a type of cancer that inhibits white blood cell production, and the cancer had gone into remission.

Safaricom, which is 35% owned by South Africa’s Vodacom, controls about 67% of Kenya’s mobile market, with close to 30 million subscribers.

The other big players are Bharti Airtel’s Kenyan business, which has a 19.7% market share, and Telkom Kenya, controlled by London-based Helios Investment, with 8.6% of the market.

But when Airtel cut its tariff to 1 shilling a minute in January 2011, Safaricom held back and kept its prices constant.

That decision allowed Safaricom to invest in its network and maintain its commanding lead, Collymore said.

In May, a draft report of a study commissioned by Kenya’s telecoms regulator recommended that Safaricom should offer rivals access to its transmission sites and its network of mobile money outlets to increase competition.

Airtel and Telkom Kenya want the report to be implemented.

Collymore told a parliamentary committee on Monday that his company does not hinder competition.