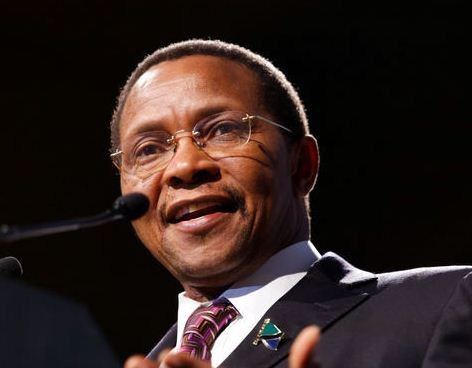 Hon. Saada Mkuya Salum, Minister for Finance of the United Republic of Tanzania

Her Excellency Liberata Mulamula, Ambassador of the United Republic of Tanzania

Members of the Diplomatic Corps,

Members of the Public Service Sector,

Editors of the African Leadership Magazine,

Distinguished guests and friends of Africa

I commend the Chief Executive Officer Dr. Ken Giami and his entire team for convening this Award ceremony and for organizing it so well to everybody’s satisfaction.  I also thank the organizers for inviting me to participate and deliver a key note address on the theme “Efficient Public Service delivery as key to Africa’s Economic Growth and Development”  I will try to limit myself with Tanzania’s example as you suggested, however you will bear with me when I speak for Africa as we stand as one.

The proposed subject is indeed an important matter to all of us especially at this juncture when countries such as Tanzania are at the verge of economic transformation.

Throughout my remarks, I will put an emphasis on people’s centered development and economic growth.

It is with no doubt, efficient public service delivery in Tanzania has brought significant progress in the overall well-being of its citizens.  However, the experience has shown that the master key to sustainable Economic Growth and Development is the partnership which the public sector must, of necessity forge with the Private Sector.  This is why we in Tanzania have for number of years embraced the notion of public private partnerships (PPP).  This has been working across all sectors that play a big role in the development of Tanzania.  The combination of the two propels economic growth and development forward.  In Tanzania for example we have achieved a target on universal primary education enrolment as well as on gender parity with regard to number of boys and girls in primary and secondary school enrolment.  We are now working to create gender parity of female-male in tertiary education.

Since we are in the ICT era, I must also mention that new schools in Tanzania have triggered an explosion in the demand for secondary school education.  A 400 percent increase in enrolment in only four years has taxed the educational infrastructure.  The schools cannot cope with the numbers of new students, and the country now needs 85,000 more teachers.  As a result, the Tanzania government has launched a powerful public-private partnership scheme called “Tanzania Beyond Tomorrow”.  International technology brands and important not-for-profit organisations are taking part in the scheme exploiting e-Learning to expand the capacity of the secondary schools.  Trials are taking place in Mbezi Beach, an up-market suburb of Dar-es-Salaam.  Our goal is to roll out this project nationwide through national fibre-optic network.

On environmental sustainability, we are doing very well on providing safe and clean water in rural and urban areas.  A total of 2,390,000 villagers have been provided with clean water during the past one year.  Previously, the number of people provided with water in rural areas was at between 300,000 to 500,000 people annually.  An important factor in this development has been the  success in increasing efficiency in the procurement process, reducing the time required to procure a contractor from an average of 295 days to 95 days only in implementation of water projects.

We have also made significant achievement in the provision of health facilities in the country.  In the past five years, we have been building more dispensaries and health centers with the aim of ensuring that there is a health delivery facility within a radius of 5 kilometers from where people live.  We are also training Doctors, Nurses and Mid-wives so that pregnant women can now deliver under the care of trained health personnel in a move to improve maternal health. New two medical colleges of medicine have been built in Tanzania for the purpose of increasing the number of Doctors and Nurses.  The two schools at Mloganzira in Kisarawe and Dodoma have the capacity to produce approximately 15,000 medical students annually in various fields.

Another area that has consumed most of our time and resources in the past few years, is the area of infrastructure development.  Road and railway infrastructure is key to economic growth and trade facilitation in the country and in the continent at large.  The Government has during the 2013/14 fiscal year increased spending in infrastructure to 2.16 trillion Tanzanian shillings compared to 1.94 trillion Tanzanian shillings in the previous financial year.  Tanzania has built close to 4,000 kms of road network in the last 8 years.  This development facilitates trade, shortens the number of travelling days and motor vehicles would now live longer.  There are port development projects which are capital and labour intensive which are as well underway.

Recent Gas discoveries are leading the way in Tanzania’s economic transformation.  Tanzania’s gas discoveries todate are at 46 trillion cubic feet and more are expected.  We do have other renewable resources that are largely untapped; these are hydro, solar, wind and biomass.  Our renewable industry is understandably at its infancy because of lack of finance providers, service companies and a regulatory framework.  I seize this opportunity to welcome those interested to invest in this area.

Our Government knows that if we are to achieve our goal we must have the ease of doing business.  Transparency in managing these resources is what we have resolved to do.  We believe that transparency will enable the business environment to develop and thrive.  Without transparency, we will have weak governance, corruption and poor oversight.  Whereas better governance and transparency drives up standards, engages communities and creates a level playing field that will benefit all companies.

That is why I said from the beginning that public service delivery and partnership with private sector is imperative.  Partnership is about improving the business environment, and Tanzania remains committed to working with our partners and help each other in implementing more transparent, whether on open data, tax or trade policies, or on land and extractive transactions.

Agriculture is the mainstay of Tanzania’s livelihood.  Close to 80% of our people live and depend on agriculture.  The Government is determined to transform our agriculture into mechanized and commercial agriculture.  The discovery of gas will put in place fertilizer industries which will create and improve productivity. Agriculture will continue to create more jobs to the millions of unemployed youth. Should be known, Tanzania, has 44 million hectares of arable land and up to now only 6.3 hectares (24%) are under crop production.  34 percent of our export earnings come from agriculture.

So yes! Efficient public service delivery is key to economic growth and development.  Tanzania’s growth levels have reached and sustained at 7%.  Export of goods and services in the country, in the East African market and European countries is tripling.

Partnership with private sector and other countries is a master key.  Not only does partnership provide resources, but it enables partners to help each other creating conducive climate for trade and investment with good governance and transparency being its top priorities.  That is what Tanzania has been trying to do and will die trying!

As I finish, I hope to see you in Tanzania, if not for investment opportunities that we can offer then for leisure as a tourist.  Let me also take this opportunity once again to thank you for selecting me as a winner for this year and this award is dedicated to Tanzania and Africa at large.  We have work to do in improving the lives of our people, let’s do it.  Our gratitude to Africa Leadership Magazine you are doing a wonderful job of speaking for Africa by Africans.  You remain a good example of what young people in Africa can do in the world, best wishes in keeping the African dream alive.

Thanks for your very kind attention! 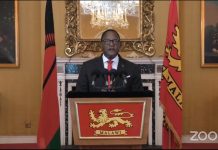 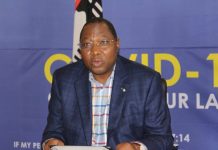