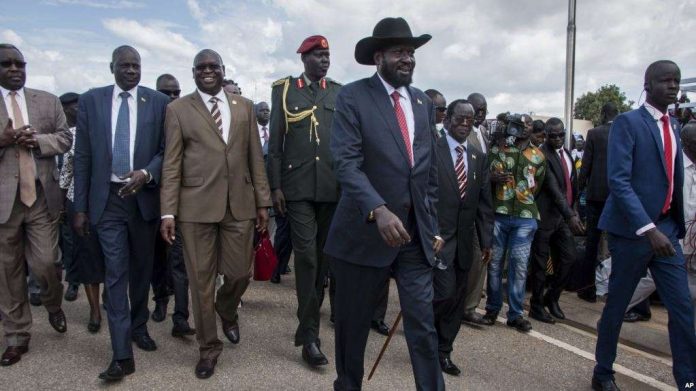 Presidential spokesman Ateny Wek Ateny told Radio Tamazuj Wednesday that Kiir’s visit would take three days during which the two leaders and their cabinet ministers would hold discussions in relation to bilateral ties between the two countries.

“Cyril Ramaphosa played a key role in the reunification of the SPLM factions when he was South Africa’s deputy president, so President Kiir would also seize the opportunity to extend his appreciation to Ramaphosa,” Ateny said.

Ateny, who is also the presidential press secretary, said President Kiir will also brief the South African leader on the revitalized peace agreement.

He pointed out that President Kiir was accompanied by a number of cabinet ministers and senior government officials.