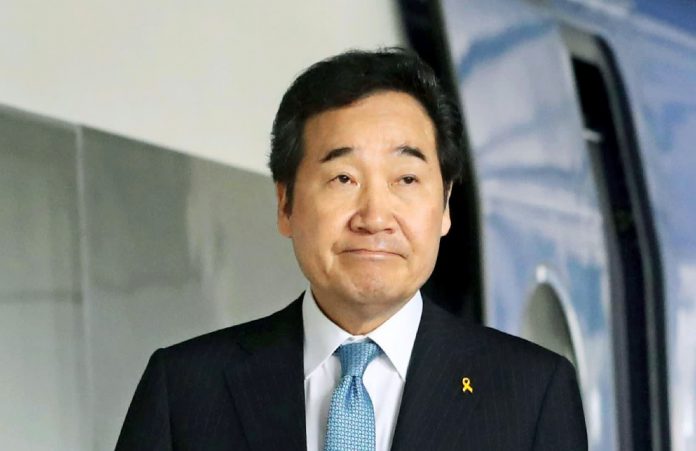 Prime Minister Lee Nak-yon left for Algeria Sunday on a three-nation African trip that will also take him to Tunisia and Morocco on a mission to strengthen economic cooperation with the countries.

It will be the first time for a Korean prime minister to make an official trip to Algeria and Tunisia, countries that lie at a strategic point linking Europe, Africa and the Middle East. In 2014, Chung Hong-won, then the current prime minister, visited Morocco.

The trip is aimed at promoting economic ties with the three nations, especially for Korean companies with businesses there, according to Lee’s office.

Lee and his delegation flew on the presidential jet as President Moon Jae-in has encouraged him to use it for overseas trips.

Lee is scheduled to arrive in Algeria on Sunday for a meeting with his counterpart, Ahmed Ouyahia, to discuss ways to deepen strategic partnerships between the two sides.

He also plans to request the Algerian government’s support for Korean firms hoping to take part in its construction and infrastructure projects.

During his trip to Tunisia from Tuesday to Dec. 20, Lee plans to meet with Tunisian President Beji Caid Essebsi and other ranking officials.

Lee will meet with Moroccan Prime Minister Saadeddine Othmani when he visits Morocco from Dec. 20-22.