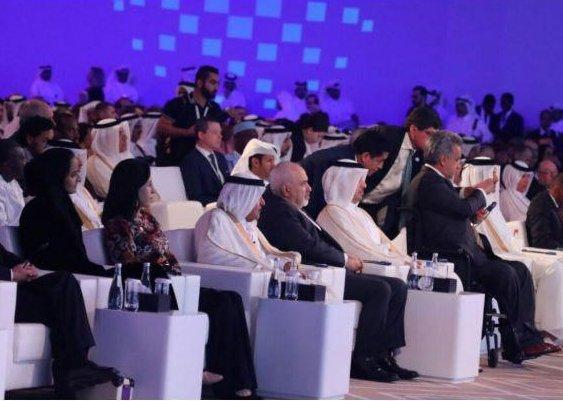 As the world’s attention shifts from Doha, a key take away from the largely successful gathering of over 500 delegates from 20 countries, would be that Qatar has had impressive economic growth, despite the Saudi-led blockade.

The 18th Edition of the Doha Forum provided a platform for the country to present a progress report and highlight some of its accomplishments since the blockade.

On June 5, 2017, the world woke up to the announcement by the foreign ministries of Saudi Arabia, Egypt, Bahrain and the UAE, that it would be severing ties with Qatar, on the allegation that Qatar worked to support terrorism, maintained too-close relations with Iran and meddled in the internal affairs of their countries. The consequence? a full land, sea and air blockade.

Overnight, planes and cargo ships heading for Qatar were diverted, all diplomatic links were cut and Qatar’s sole land border, with Saudi Arabia, was closed. Far from destabilizing Qatar’s ruling al-Thani family, resistance lent it an “us against the world” authority. Among the 313,000 native Qataris, a cult of personality has grown around the youthful emir, Sheikh Tamim, whose idealized portrait now gazes across the Gulf State.

Just how has Qatar survived this blockade that was expected to weaken its resolve and force them to kowtow and accede to the 13 stated demand of its neighbors? The Doha forum answered this question and more as key Qatari government officials took turns to talk about the blockade and how it has helped in leapfrogging the country’s growth in the last one year.

Speaking at the Doha Forum, during a plenary session on Prospects for international trade and investment, H.E. Mr. Ali Bin Ahmed Al Kuwari, Qatar’s Minister of Commerce and Industry, stated that, Qatar has survived the blockade in the last 18 months and in many fronts.  In his words, “the blockade made us achieve within a very short time what would have taken us 20 years to achieve”. Continuing, the Minister maintained that “Qatar recently achieved a 66% increase in the number of businesses that registered in the Qatar Financial center in the last one year”.

According to the International Monetary Fund report for May this year, “growth performance remains resilient. The direct economic and financial impact of the diplomatic rift between Qatar and some countries in the region has been manageable.”

In an interactive session with select journalist on the sidelines of the Forum, Ambassador Faisal bin Abdullah Al-Henzab, Director of Human Rights Department of the Ministry of Foreign Affairs, observed that, though all parties in the dispute would favor a timely resolution of the dispute, Qatar would ultimately subscribe to what promotes the country’s sovereignty and the well-being of its people.

He also stated that the blockade has pushed for an aggressive diversification drive, which is now paying off.

The al-Thanis’ stated goal has been to create a diverse knowledge economy that lasts beyond the gas reserves, and this blockade has presented an opportunity to pursue this path aggressively.

However, it has not all be rosy, as some sectors took a hit as a result of the blockade.

The blockade’s negative impacts on Qatar were in real estate, tourism and Qatar Airways, which is expected to announce large losses because of longer routes.

According to a report by Capital Economics, in the first six months of the blockade, visitors to Qatar dropped by 20 percent, flights into Doha by 25 percent, and Qatar Airways flights by 20 percent. The report also estimates the loss in tourism revenue during the same period to be US$600 million (S$803 million), and real estate prices fell by 10 percent. Qatar Airways is estimated to have lost around US$ 3 Billion in revenue during this period.

One thing is however clear, Qatar has moved beyond the blockade and has entered the norming stage.

The GCC saga and Doha’s steady growth lends credence to Ernest Hemingway’s popular quote that says that “Courage is Grace under Pressure.”

There are inherent lessons to be learned as events continue to unfold in the GCC.