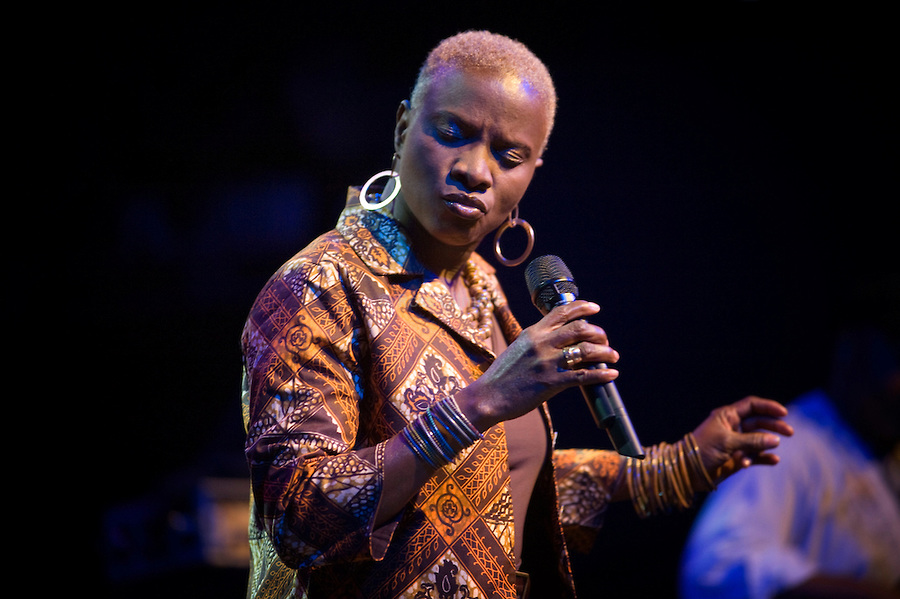 Africa must do more to protect and value its artists, says the star, who tells the story of her life in a new autobiography.Angélique Kidjo’s 11th international studio album, Eve, came out at the start of the year, alongside a frank autobiography.

Can [an African artist] go to the courts and be defended correctly?

“This book is about empowering people with my own story, to know that there’s nothing wrong with dreaming big, working hard, believing in your own talent and being humble at the same time,” says the singer from Benin.

Kidjo, who went to France as a young woman fleeing the regime of Mathieu Kérékou in 1983, argues passionately that young African people should know the reality of going to Europe and trying to make it as a star.

“It’s not going to be easy, but what’s going to help you through it is that you know where you come from and where you can go back to,” she says.

Kidjo has been singing since her theatre-producer mother thrust her on stage at the age of six.

When she was 12, she was cornered by a group of people on her way home from school who spat on her and called her a whore because she was a singer.

Her grandmother had told her that no man would want to marry her.

“The women who make music today have to stand up for themselves. Not many of them have the support of their families,” she says.

When she struck out on her own for France, Kidjo, who was already a well-known artist in West Africa, found herself completely anonymous on the new continent.

Slowly, she adapted and went on to become a Grammy-award winning musical spokeswoman for Africa, a friend of Miriam Makeba and a collaborator with musicians like pianist Dr John and composer Philip Glass.

Alicia Keys and Desmond Tutu both wrote testaments for her autobiography.

Along with her life-long advocacy for African women – Kidjo is a United Nations Children’s Fund goodwill ambassador and runs a foundation for the education of African girls – she is concerned about African artists.

“What is the status of the artist in African society?

“What are the laws that protect his rights when he writes a song, when he performs and the promoter doesn’t pay?

“Can he go to the courts and be defended correctly?

“All of those are questions that we still have to answer. There is so much that needs to be done to empower young artists and the youth of Africa to really make an impact on our society. Music is just a microcosm of it.”