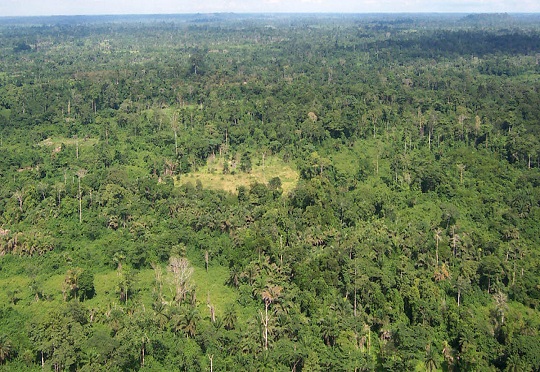 A new investigation from Global Witness has revealed how progressive community forestry in Liberia is being undermined by the logging industry – using a number of shady tricks.

Liberian law is meant to give communities the right to sustainably manage their own forests, empowering people to nurture and protect their customary lands and to call the shots when negotiating with companies such as logging firms.

But the report ‘Power to the People’ released by the anti-corruption NGO – has uncovered how logging companies have hijacked this new approach, disempowering communities and undermining rules intended to place forests back in the hands of the Liberian people.

Instead of working with communities to give them space for negotiations, companies are dodging the legal process, forming secret pacts with local elites, and making decisions that serve their own interests rather than those of the community as a whole.

This is not the first time that the Liberian forest has been hijacked by large rapacious logging companies – the Private Use Permits scandal of 2012 saw the logging industry exploiting licenses designed for small operators, with millions of hectares of land handed over to illegal loggers.

Global Witness has also warned that this failure by logging companies to respect communities creates a serious risk of future conflict.

David Young, Liberia campaign leader at global witness said: “We belief that logging companies are continuing to exploit progressive forest practices for their own profit and gain. Not only this, but this blatant failure by companies to respect communities creates a serious risk of future conflict in Liberia.

“This is because logging companies simply aren’t ensuring benefits – and costs – are shared as they should be across the groups who are meant to have a say on these forests, increasing the risk of resentment about one group benefitting more than the other – and creating a fragile environment for conflict to start.”

The report comes after two years of research and exposes the ways companies attempt to grab timber for their own profit rather than negotiate fairly with the communities who own the land.

Many of the logging companies involved show opaque and unclear ownership.

Some show apparent links to Malaysian logging giant Samling, raising alarm bells that this notorious company – previously linked to the Private Use Permits scandal of 2012 as well as to committing widespread illegal logging – is seeking once again to expand its domination over Liberia’s forests.

David Young added: “Done right, Liberia could be an exemplary model for other countries, showing how progressive community forestry can work. But behind this optimistic outlook hide a number of rapacious logging companies.

“These logging companies are moving fast and are poised to cause irreparable damage to Liberia’s rainforests. If approved, this would impact on a massive 45 percent of the country’s land. That’s nearly half of Liberia. It is vital this remains in the full control of Liberian people, not the logging industry.”

Logging companies are using a number of tricks to undermine community forestry in Liberia, including:

Seizing control over community forests before permits have even been awarded to communities.

Drawing communities into secret pacts by working with selected elites who haven’t been formally elected by the people to represent their interests.

Exploiting legal loopholes to take advantage of weaker areas of regulation and maximise their profits.

Global Witness is calling on the Liberian government to take immediate action to investigate and cancel any unlawful company-community agreements, and ensure that its own rules are followed when new community forests are approved.

It is also calling on donors including Norway, the European Union, and the UK to press Liberia to implement the promised independent investigation into the legality of each existing permit, and ensure that any illegally logged timber isn’t being traded for profit by these exploitative companies.