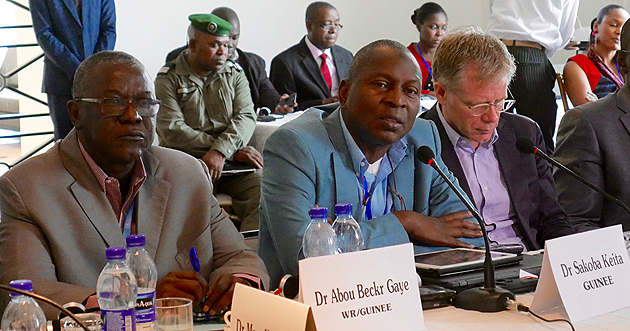 West African country, Liberia has signed an outline deal with a new venture set up to mine iron ore in Guinea to be shipped via Liberia, an export route the Guinean government has vetoed for years for the much larger Simandou project.

The Liberian government and Niron Metals signed the memorandum of understanding regarding the passage through Liberia of iron ore from the Zogota deposit, following a pledge on economic cooperation by the presidents of Guinea and Liberia at the start of the month in Dakar. Chairman of the Liberian National Investment Commission Molewuleh Gray said the government would begin talks with the railway and port operators relating to third-party access.

Guinea has stuck to its view that ore mined from Simandou must be shipped via the country’s own ports, but has said the much smaller Zogota, which is located further south, would be permitted to send its ore through Liberia.

The Zogota project’s shorter export route would rely on Liberian rail infrastructure owned by Arcelor Mittal. Arcelor Mittal could not immediately be reached for comment.