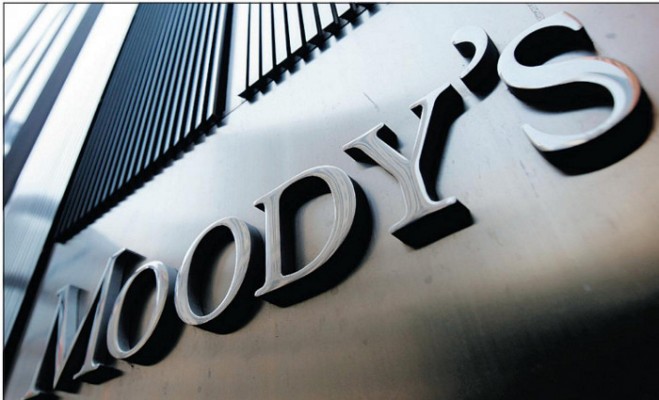 Moody’s upgraded the long-term foreign and local currency issuer ratings of Egypt to B2 from B3. The outlook was changed to stable from positive. The decision was based on “Moody’s expectation that ongoing fiscal and economic reforms will support a gradual but steady improvement in Egypt’s fiscal metrics and raise real GDP growth,” the agency said in a statement late on Wednesday.

It believed Egypt’s large domestic funding base would support its resilience to refinancing shocks despite the government’s very high borrowing needs and interest costs.Moody’s said it expected a steady improvement of Egypt’s fiscal position, “albeit from very weak levels”.

Maintained primary budget surpluses combined with strong nominal GDP growth would help reduce the general government debt/GDP ratio to below 80 percent by the 2021 fiscal year from 92.6 percent in the 2018 fiscal year, it said (Egypt’s fiscal year runs from July to June).

Moody’s also said it expected energy price hikes as part of Egypt’s fuel subsidy reform, which it believed would be completed in the 2019 fiscal year. This, along with the fiscal reforms implemented in the last few years, would allow the government to maintain the primary budget balance in surplus in the next few years, Moody’s said.

The reforms, aimed at attracting investors who fled during the 2011 uprising, have included new taxes, deep cuts to energy subsidies and a currency devaluation. The reforms have helped the economy recover, but have also put the budgets of tens of millions of Egyptians under strain.