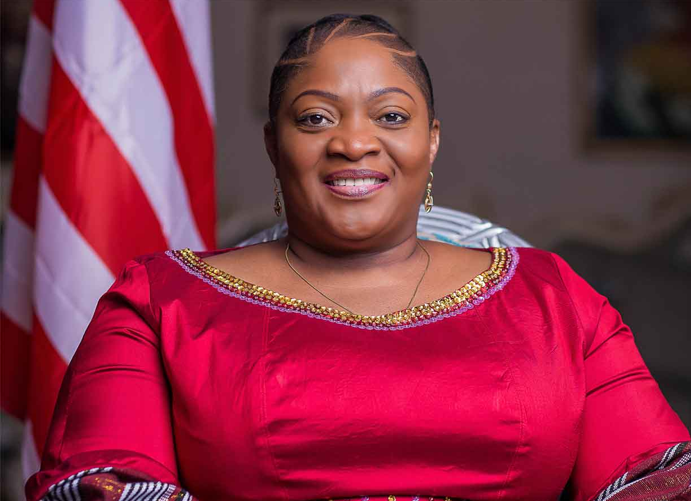 Jewel Cianeh Taylor is one of few women in top political leadership positions in Africa. In this interview with Africa Renewal’s Kingsley Ighobor, she discusses Liberia’s COVID-19 response, post-pandemic priorities, women’s empowerment in Africa, youth unemployment and other issues. These are the excerpts:

How is Liberia dealing with COVID-19?

As you know, Liberia is a developing nation, and we have had our share of challenges, including a civil conflict, Ebola and now COVID-19. Following the outbreak of the pandemic, the President [George Weah] established a rapid COVID-19 Response Unit chaired by the Ministry of Health and includes other relevant government agencies and international partners. This unit meets daily to assess the situation and to address challenges. Over a year ago, we instituted a national emergency, mandated testing and social distancing, and we continue to raise public awareness about the pandemic. We opened two new hospitals to treat COVID-19 patients. As a result of our robust response effort, we are seeing a reduction in COVID-positive numbers.

How are you addressing the socio-economic impact?

No doubt, economic activities have been severely affected. Schools were closed. There was an increase in sexual and gender-based violence across the country, as well as a drastic loss of income for women who are the primary providers and caregivers in our society.

The National Legislature approved a national stimulus package, including food rations and money to severely affected homes, and suspended taxes to allow companies and businesses to survive. We halted ongoing development projects and even redirected finances for such projects to the healthcare sector and to respond to the social and economic needs of our most vulnerable.

You contracted the COVID-19 virus. What was your experience and what message would you send to people who may still be sceptical about the disease?

I hope my voice, and the voices of others who contracted the disease will let people know that this pandemic is real. I am not sure of how or where I contracted this disease, but I did. I was severely ill and spent 35 days in the Intensive Care Unit and another 10 days just getting my breathing stabilized.

COVID-19 is not a hoax or a conspiracy theory. If we follow the health protocols, especially wearing face masks, social distancing, and getting tested immediately when we fall ill, coupled with vaccination, I am hopeful we can defeat the disease.

How is vaccination going in Liberia?

We received about 100,000 vaccines. The vaccination process is going well. People are being vaccinated. I have been vaccinated myself.

How is Liberia preparing for a post-pandemic recovery? What are your top three priorities?

We have more than three priorities. Let me emphasize that our national budget reflects our priorities—health, education, roads, jobs and the provision of basic social services to our people, including water and electricity. We are having meetings with our international partners and friends to establish a post-COVID-19 roadmap and stabilization funds. We would like to re-energize agriculture and invest in infrastructure to jump-start economic activities. We hope to restore macroeconomic stability, encourage sustainable growth and private sector-driven development. Our focus is shifting to industrialization and the processing of our natural resources. We believe that the creation of a vibrant private sector is the best way forward.

What are the top three achievements of your government so far?

The first is entrenching democracy. After taking the baton of power in 2018, our government has conducted many elections: several bi-elections and the 2020 senatorial elections. And the legal processes which attend contested elections have been successfully and peacefully followed up to the Supreme Court.

The second is that we carried out a process of harmonization that allowed the government to significantly reduce the wage bill by eliminating ghost names. Implementing a biometric identification card for all government employees eliminated discrepancies. We have redirected excess finances to other critical areas.

Third, our tuition-free policy for public universities and colleges announced by President Weah in 2019 and the payment by the government of all regional testing fees for WASSCE [West African Senior School Certificate Examination] have provided huge reliefs for parents. The scheme will increase school enrollments and literacy rates.

I would like to mention infrastructural development. A former minister of works once said that “The road to development begins with the development of the roads.” This is so true for us. The government is rehabilitating existing roads (feeder and main highways) and expanding the road network. We plan to ensure that all capital cities in Liberia are connected by paved roads, especially in the southeastern corridor. We are grateful to our international partners who are supporting us.

You are one of few African women in top political leadership positions. Before you, there was Madam Ellen Johnson-Sirleaf who was Africa’s first democratically-elected president. How do you assess the progress that Africa is making regarding women’s political empowerment?

Since Beijing, Africa has made progress regarding women’s political and economic empowerment, but there are still many gaps. Currently, across the continent, there are only two female presidents and about four female vice presidents.

The percentage of women in governance in African is still very small, though rising slowly: women ministers constitute 20.7 per cent and women in parliament is 23.7 per cent, according to IPU [Inter-Parliamentary Union] statistics. So, there is still a long way to achieving gender equity.

What are the main barriers to women’s political empowerment?

The age-old barriers to women’s empowerment are structural, patriarchal, discriminatory laws and low capacities. We must eliminate all forms of violence against women and adopt parity laws. We must build and provide leadership training. We must encourage more He-for-She [global solidarity for gender equality] champions, eliminate and punish all forms of electoral violence against women.

How do you think African women can prepare to participate in politics, which is considered tough?

The truth is that politics is tough terrain, but it takes a clear vision, proper planning and execution of plans, commitment, hard work and consistency to succeed. Despite the many challenges, women should not allow themselves to be left out of the process.

And those who have broken the glass ceilings must be role models and must mentor others. Advocates of gender equality should continue to raise their voices.

Young people account for 65 per cent of Liberia’s 4.1 million population, yet youth unemployment is about 85 per cent. What is your government doing about it?

We are tackling challenges in the energy sector by enacting the Independent Power Production Law, which will open this sector to the private sector. The good news is that there are huge opportunities in agriculture and tourism. We have also approved funding for the development of small and medium enterprises.

In addition, the government has a Youth Opportunities Project, which provides training and funding for cooperatives and support to young people in agribusinesses. There are also several programs to train young people in entrepreneurship.

This year (2021) marks the beginning of trading under the African Continental Free Trade Area (AfCFTA). Liberia has signed but has not ratified the agreement. What do you see as the benefits and challenges of free trade?

The AfCFTA is a major boost for African economies. We expect a 52 per cent boost in intra-Africa trade by 2022. Our government is aware that of the 15 countries in West Africa, only two countries, Liberia and Benin, are yet to ratify the agreement. In our case, the agreement is before the National Legislature and we hope it will be ratified soon.

Africa is the last frontier, with about 40 per cent of the world’s natural resources and the fastest-growing population globally. If Africa uses this leverage to implement an industrialized revolution, it can have sustained economic growth. We’re at a point where we need mutually rewarding partnerships, not just grants.

It’s time for an African industrial revolution. Africa’s resources have traditionally been taken out of our countries, processed abroad, and brought back. Now, African leaders are saying that we want investors to help build industries that process our natural resources locally. It is not just to take out raw materials.

What message of hope do you have for Africans, particularly women, who see you as a role model?

My message is simple: dream, prepare, build, remain committed, and don’t forget to encourage and mentor others. This is the formula for success, whether you are a man or a woman. The world is for the strong, the bold, the creative and the committed. Keep in mind that everything is possible.

By: Kingsley Ighobor
From Africa Renewal 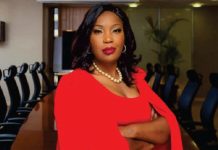 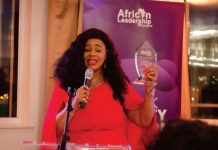 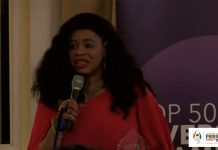