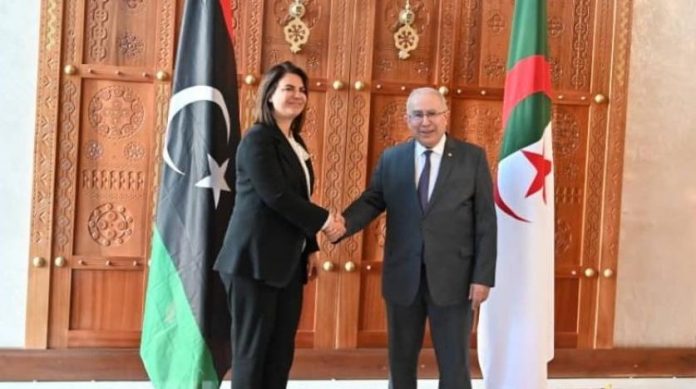 President Abdelmadjid Tebboune of Algeria has expressed his country’s hope that Libya will have elections, which would be a “major step” toward ending the country’s political turmoil.

On Thursday, the president made the remarks at a meeting with Libyan Foreign Minister, Najla al-Mangoush.

He emphasised the necessity for all foreign militias to leave Libya and for foreign intervention in the country’s internal affairs to halt while also noting Algeria’s desire for Libya to have elections before the end of the year.

The presidential and parliamentary elections were scheduled for December 2021 but were postponed due to political differences.

Tebboune noted the importance of resolving political differences among Libyan parties to restore stability to their country and region.

Border security, illegal migration, arms smuggling, and perspectives on the Ukraine war were discussed with Magnoush.

Magnoush, for her part, claimed her one-day visit was intended to rally support for Libya’s Government of National Unity ahead of free and fair elections.

According to the Libyan Foreign Ministry, Tebboune expressed Algeria’s “unconditional support” to the GNU and its strenuous efforts to hold the presidential and parliamentary elections as soon as possible.