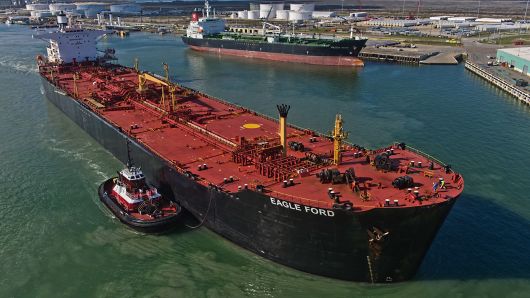 According to the data, four tankers carrying a total of 2.1 million barrels from Sidra Port, in addition to the production of four other Libyan ports, reached Philadelphia, New York, and Houston this month.

A tanker chartered by Italy’s oil company Eni is due to arrive in Philadelphia on Wednesday after it left the Libyan port of Mellitah loaded with more than 600,000 barrels.