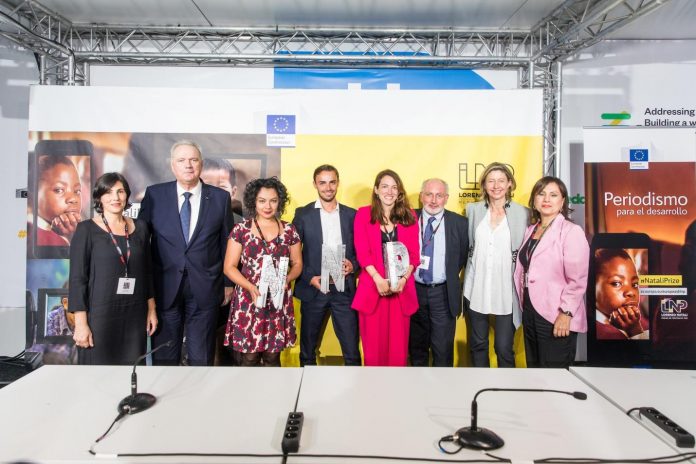 Brussels, 19 June 2019. In recognition of the critical importance of independent, well-informed and reliable journalism on development around the world, the European Commission has today awarded three journalists the 2019 Lorenzo Natali Media Prize. Glenda Girón Castro, Sébastien Roux and Zoé Tabary were chosen from a field of over 1200 candidates for their outstanding reporting on development issues. The award ceremony took place in Brussels during the European Development Days 2019 (EDD).

Commissioner for International Cooperation and Development, Neven Mimica, said during the ceremony: “The Lorenzo Natali Media Prize recognises the work of journalists who go beyond the relentless influx of information, taking the time to listen, explore and discover development stories around the world. They put faces and stories behind the facts and figures we read about everyday. Their work is a window into the lives and realities of others. It not only informs us, but moves us and compels us to act. With today’s award, we pay tribute to all those journalists that denounce the inequalities and injustices of this world and fight to overcome them with the power of the pen.”

The winning journalists in each of the three categories were: covered issues about HIV’s impact on work opportunities in El Salvador, Mauritania’s climate crisis and how a group of rural women confront it, and Benin’s invasive water hyacinth being turned into “green gold”.

The winners were selected by a grand jury of experts in the fields of journalism and development: Jeff Barrus (Pulitzer Center), Michel Touma (L’Orient Le Jour), Una Galani (Reuters Breaking views), Isabel Recavarren (Panoramica Latinoamericana) and Julie Majerczak (Reporters Without Borders), based on a preselection done by European schools of journalism.

The award ceremony included the participation of Kailash Satyarthi, 2014 Nobel Peace Prize Laureate, and a panel discussion about the role of media in fighting inequalities around the world. The panel featured Shada Islam (Friends of Europe), Kingsley Okeke (African Leadership Magazine) and Heloísa Traiano Mundt (O Globo), alongside Koen Doens (Deputy-Director General for International Cooperation and Development at the European Commission). The debate was moderated by Christina Lamb, Chief Foreign Correspondent at The Sunday Times and co-author of best-selling ‘I am Malala’.

Established 25 years ago by the European Commission, the Lorenzo Natali Media Prize is awarded in memory of Lorenzo Natali, a former Commissioner for Development and staunch defender of freedom of expression, democracy, human rights and development. The Prize celebrates the best professional journalists’ outstanding reporting on development issues. 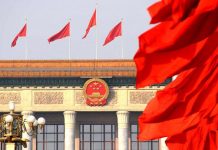