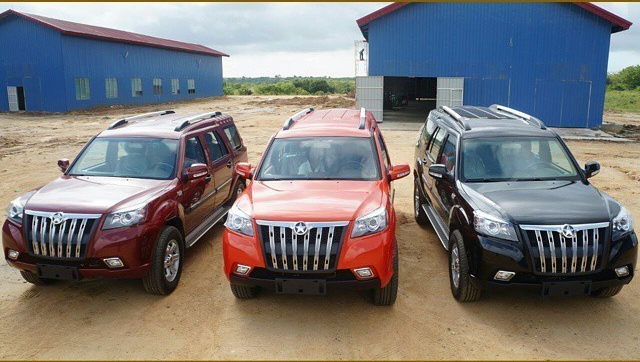 According to the World Bank, Sub-Saharan Africa is projected to remain one of the fastest growing regions in the world. While Africa’s economy is soaring past most regions with an annual growth of about 5% due mainly to increased agriculture production, infrastructure investment including transportation, ports and energy as well as buoyant services led by tourism, telecommunications and financial services, the continent’s middle class is expected to swell to approximately 300 million people. Additionally, the World Bank projects private consumption in the region to remain strong in 2015-17; particularly with the continent’s burgeoning middle class looking to splurge on new passenger vehicles and for most, their first such purchase.

Last year, Africa was projected to see sales of new 2 million cars with major auto players such as Toyota, Tata Motors and General Motors looking at the continent for growth opportunities. According to Zawya, there are approximately 21.6 million passenger vehicles operating in Africa; making the continent’s nearly 1.2 billion population a very attractive prospect for global automobile manufacturers to penetrate. Not to be left out of the lucrative market, African entrepreneurs are now entering the automobile industry; designing and developing vehicles specifically geared for the local market and local consumers but with global aspirations.

Below are three African automobile manufacturing companies that are developing “made in Africa” vehicles that look the most promising for the African consumer market;

Originally developed by students from Uganda’s Makerere University for a project headed by Massachusetts Institute of Technology (MIT), the sedan hybrid electric vehicle called the Kiira EV SMACK was designed for the region, local terrain and consumers’ ability to afford the car. The five-seater sedan is powered by a rechargeable battery and also has an internal combustion engine-based generator which charges the battery. The first commercial vehicle from this line is expected to rollout in 2018

The domestic vehicle maker Innoson Vehicle Manufacturing Company has built on its success of manufacturing buses and trucks to launch a passenger car line comprised of a truck (IVM 1021A) and a Sports Utility Vehicle (IVM 6490A). According to the company website, the automobile company was commissioned by President Goodluck Jonathan and founded by Mr. Innocent Chukwuma.

The Ghanaian based automobile company founded by Apostle Safo Kantanka, assembles its passenger vehicles (mainly SUVs and pickup trucks) at the company’s manufacturing plant located in Gomoa Mpota in the central region of Ghana. The automobile company has reportedly pushed back commercial release of its models pending approval from the Ghana Standards Authority.

The commercial success of these “made in Africa for Africans” cars will depend on the uptake by African consumers.