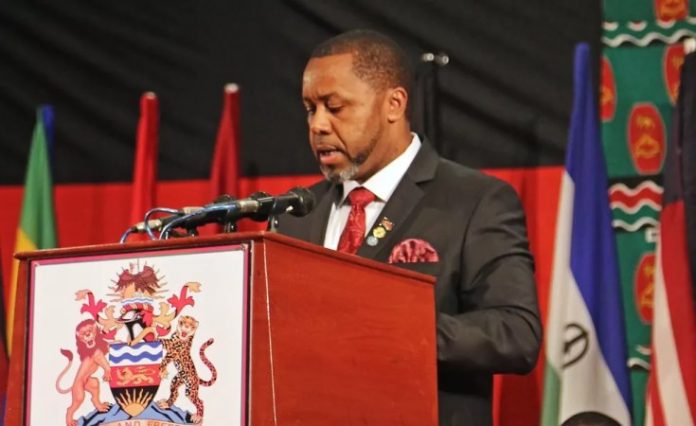 In a televised address Tuesday, President Chakwera suspended the powers of Chilima, fired Malawi Police Service Inspector General George Kainja and suspended two other officials. He said the four are among 13 government officials the ACB found to have received money from Sattar between 2017 and 2021.

However, Chakwera said he could not fire or formally suspend Chilima because he has no constitutional authority to do so.

“The best I can do for now, which is what I have decided to do, is to withhold from his office any delegated duties while waiting for the bureau to substantiate its allegations against him,” Chakawera said, “and to make known its course of action in relation to such.”

The ACB investigation said 53 public officers and 31 individuals from the private sector, civic groups and the legal community also received money from Sattar between March and October last year.

Michael Kaiyatsa, executive director for the Center for Human Rights and Rehabilitation, said the findings confirm how deeply corruption is entrenched in Malawi.

“If you look at a report as presented by the State President, almost all the key government institutions have been mentioned,” Kaiyatsa said. “You talk of Malawi Police Service, MDF [Malawi Defense Force], Financial Intelligence Authority, the Ministry of Justice and even the State House.”

Chilima’s press aide, Pilirani Phiri, said Chilima will comment on the matter at an opportune time.

The United Transformation Movement, which also is Chilima’s political party, said in a statement it is shocked by the development. The party said it is reserving further comment until the matter is concluded.

Kaiyatsa said Chilima should have explained himself.

“His silence is not helping matters,” Kaiyatsa said. “It is actually worsening people’s perception of him. The public trust is not there anymore until he speaks up and tells us what he thinks.”

In the meantime, some analysts are pushing for the immediate resignations of all those implicated in the ACB probe to pave the way for smooth investigations.