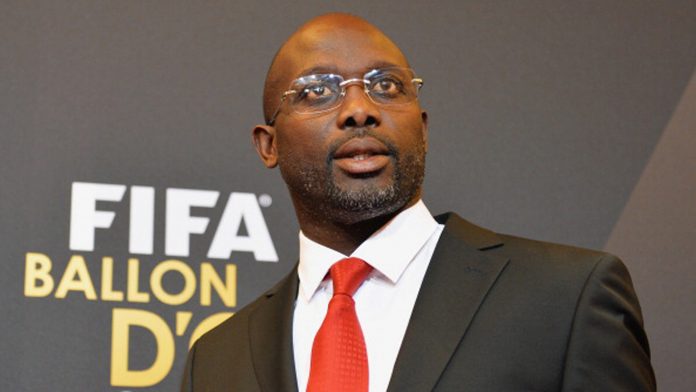 The President of the Republic, H.E. Dr George Manneh Weah, Tuesday, June 21, 2022, welcomed a United Arab Emirates (UAE) government delegation to Liberia and praised the people of that gulf state as being amongst Liberia’s true development partners.

Meeting the two-man technical assessment team at the Executive Mansion, President Weah heaped praises on the people and government of UAE for always responding to Liberia’s development needs quickly and substantively.

He extended his heartfelt thanks and appreciation to President Sheikh Mohamed bin Zayed Al Nahyan for his able leadership and desire to see Liberia achieve its Pro-Poor Agenda for Prosperity and Development (PAPD).

The Team, comprising Abdula Ibraheem Mohamed Ahmed Alhamnadi and Mohamed Khalfan Ahmed Khalfan Al-Ali, thanked the Liberian Leader for the warm reception accorded them upon their arrival in the country.

The delegation said they were sent to Liberia by their President in fulfilment of his promise to cooperate with President Weah through constructive partnership for the benefit of both countries’ development.

While in the country, the team will conduct an assessment of the possibilities of rice production and development/expansion of the Free Port and other ports in Liberia.

In May 2022, the Liberian Chief Executive and the President of the Gulf State met at the Qasr Al Shati Palace in Dubai where they pledged mutual commitments of unhindered cooperation between the two countries.