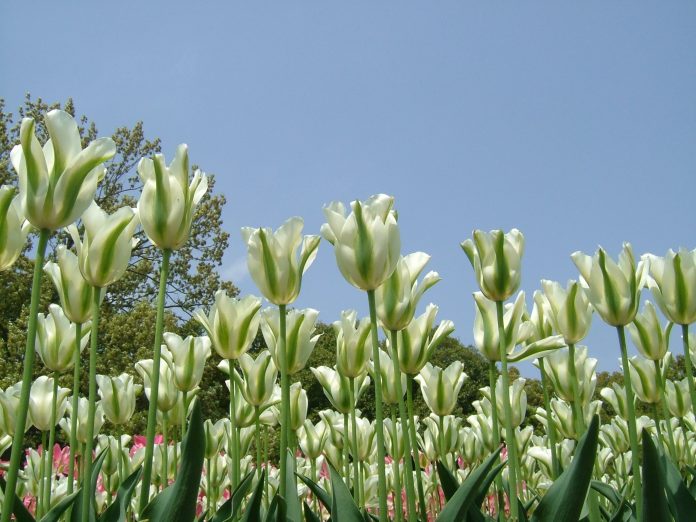 Consumption drives environmental collapse. We can blame corporations and governments all we want, but our consumption habits are a large part of the problem. They need to change and the Cape Town water crisis offers a lesson in how we can bring this about.

With global scientists warning that the world is only a dozen or so years away from a deadline to keep global warming below a threshold of 1.5C – or risk worsening the risks of drought, floods, extreme heat and poverty for hundreds of millions of people – the reality of environmental collapse is staring us in the face.

The landmark report by the UN Intergovernmental Panel on Climate Change (IPCC) released early in October said urgent and unprecedented changes are needed to reach the 1.5C target. It is affordable and feasible to do so – and a significant part of the change needs to happen at the level of consumers.

Changing human behaviour is considerably difficult, but the Cape Town water crisis offers an excellent example of how consumption habits can change, and change fast, if the right pressure is applied.

When rains were good and dams were full, water was taken for granted. Hardly anyone blinked an eye when driving through leafy suburbs, with sprinklers hissing away litres of water every morning; no-one timed their showers, or showered in buckets to catch the water and reuse it; and the thought of the taps running dry never crossed our minds.

Then the drought came. And it didn’t go away. Dams almost dried up. The Western Cape government launched an urgent “Day Zero” campaign that worked to change behaviour on a large scale. The city managed to reduce water consumption by more than half to an average of 516 million litres per day in early 2018 down from 1.2 billion litres per day in February 2015.

There is a theory that gives insight into how consumers make choices that helps us understand how this was achieved. The theory of consumption values suggests that people make consumption decisions based on three things: what they know; a moral feeling they get; and a sort of peer-pressure.

The Day Zero campaign touched on all three. It focused on water as a finite resource and kept an information stream, if you will, constantly informing people about the situation and the impact of their water usage. People suddenly felt bad about using too much water, and put pressure on those who seemed not to care. The government added impetus with the threat of fines and public shaming.

This same understanding can be applied to tackling other detrimental consumption behaviours.

Consumer culture and the environment

Close to 2 billion people make up the world’s consumer class. This is a class that wants everything. It eats highly processed foods, desires flashier cars and bigger houses, and runs up higher levels of debt. It demands more and so production skyrockets. This undermines the natural system: devastating water supplies, natural resources and ecosystems. It also makes it harder for the poor to survive.

A recent report on local spending trends shows that 57% of South Africans say they need access to services and products at all times. They want products and services to be available constantly and at the tap of a screen. And they want value. The majority of respondents in the research said they are not loyal to any one retailer; 69% believe the most important thing about a brand is whether it offers value for money. Driven by consumer expectations and demands, brands deliver.

There isn’t a hint of environmental concern in this report. South Africans are concerned primarily about value, so how can we create a consumer culture that is equally concerned about sustainability?

To develop a roadmap towards such a culture, we wanted to know why South Africans bought “green” products when they did. We wanted to know which of the factors in the theory of consumption values was the most powerful: knowledge-seeking, moral obligation, or social pressure.

So we asked South African adults about their purchasing habits and what they believed to be the primary factor behind their ethical consumption decisions. We looked for those people who had previously bought a green product of some kind.

The research showed that environmental concern was the strongest reason for “going green”, and that in fact both peer-pressure and moral obligation worked through this concern.

So, for whatever reasons, people become concerned about certain environmental issues. They then seek more knowledge on the issue. Their moral obligation grows. Their sensitivity to social pressures around these concerns grow. And they make decisions accordingly.

Suddenly, a roadmap starts to emerge. And it has three main lanes: information, policy, and education.

Developing an ethical consumer culture needs to start with education. We should teach the principles of environmental-friendliness and sustainability to children in schools. And they should be taught that as consumers they have power in society, which could be used for positive change. If environmental concern can be instilled early, children will seek more knowledge around the concerns sooner, will form personal norms and morals sooner and expect these values to be represented in the products and services around them.

Brands and their marketers will be forced to connect with the consumers by making the information they seek readily available and by developing environmentally friendly products in ways that are morally acceptable.

And to get the ball rolling on this, policymakers should be writing legislation that forces companies to adopt this kind of “green” consciousness in everything they do.

Consumerism is the shovel with which we dug this deep dark hole but it has the potential to be the rope by which we climb out of it. What if we all suddenly turned around, wallets held high, and refused to buy anything that seemed to us to be, even in the slightest of ways, unsustainable, detrimental or unethical?

Hamieda Parker is an Associate Professor at the UCT Graduate School of Business. She lectures the Operations Management core course and the Global Supply Chain Management elective course on the MBA programme. This article is based on a paper co-authored with Thiam Marais, an MBA student at the GSB. The paper is titled, “A study of the factors influencing the purchase of environmentally friendly products.” It was presented at the 8th Global Innovation and Knowledge Academy Conference held in Valencia, Spain in June 2018.