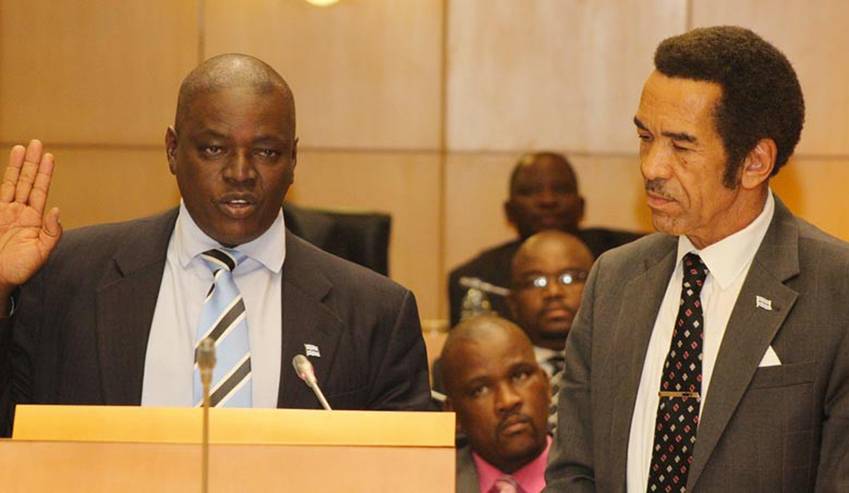 Botswana’s Vice-President, Mokgweetsi Masisi will be inaugurated as Botswana’s 5th President since the country gained independence from Britain in 1966, courtesy of an automatic succession clause in the constitution, when President Ian Khama steps down on March 30th at the expiration of his tenure.

Masisi will lead the country and his ruling Botswana Democratic Party (BDP) into the 2019 national elections to seek a renewed mandate from the voters.
Masisi said that “effectively on 31st March 12 mid-night, I will be Botswana’s fifth President. What will happen on 1st April will be my swearing in by the Chief Justice.”

In a statement, the Presidency Office said “President Lt Gen. Dr Seretse Khama Ian Khama met with members of Cabinet on March 29. He retires after serving his two terms at the helm of the country.” It added: “This week has been a busy one for the President as he winds up his presidential duties. On March 31, he will be handing over power to his deputy, Mokgweetsi Masisi. Mr Masisi’s inauguration will be on April 1.”

According to the Constitution of Botswana, the president is elected to a five-year term that runs concurrently with the term of the National Assembly.
Khama became Botswana’s fourth president in April 2008, succeeding former President Festus Mogae.

Masisi has been Vice President of Botswana since 2014. He has also served as Minister of Education since 2014; and previously he was Minister of Presidential Affairs and Public Administration from 2011 to 2014.