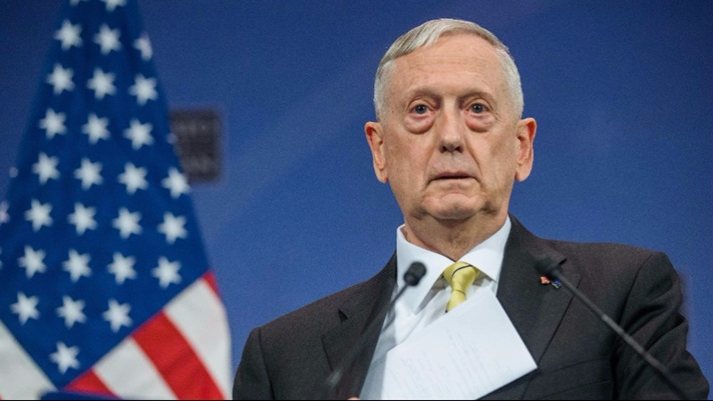 U.S. Secretary of Defense Jim Mattis said Monday the United States does not intend to seize oil from Iraq, something President Donald Trump has in the past advocated as “spoils” for U.S military activity there and to prevent the Islamic State group from selling it.

Mattis spoke to reporters traveling with him to Iraq for an unannounced visit, which came on the second day of a military offensive to push Islamic State from the western part of the city of Mosul.

“I think all of us here in this room, all of us in America, have generally paid for our gas and oil all along, and I’m sure that we will continue to do that in the future,” Mattis said. “We’re not in Iraq to seize anybody’s oil.”

His stop in Iraq includes meetings with Iraqi Prime Minister Haider al-Abadi and other officials, as well as Lt. Gen. Stephen Townsend, who commands the U.S.-led coalition working to defeat Islamic State.

Mattis is working on his own plan to accelerate the fight against Islamic State, which Trump ordered on January 28 be delivered to him within 30 days.

As the Mosul offensive began Sunday, Mattis said the U.S. role, which has been to conduct airstrikes and serve as advisors to Iraqi troops, will remain the same.

“The attack into the city is something I don’t want to go into details about because I owe confidentiality to the troops who are actually making the attack. At the same time we are very close to it if not already engaged in that, in that fight,” he said. “The U.S. forces continue in the same role that they were in East Mosul and the coalition forces are in support of this operation, and we will continue as you know with the accelerated effort to destroy ISIS.”

Iraqi troops pushed Islamic State out of the eastern part of Mosul last month after a campaign that lasted more than 100 days. Abadi announced the launch of the western Mosul operation Sunday, calling it a “new phase in the operation.”

“Our forces are beginning the liberation of the citizens from the terror of Daesh,” he said, using an Arabic acronym for the militant group that seized Mosul in mid-2014. Abadi also urged security forces to respect human rights as the fight continues.

U.S. military officials have warned the fight for the western part of the city will likely be much tougher.

The United Nations warned that hundreds of thousands of civilians are at risk in Mosul.

“The situation is distressing. People, right now, are in trouble,” Lise Grande, the U.N. humanitarian coordinator for Iraq, said in a statement. “We are hearing reports of parents struggling to feed their children and to heat their homes,” Grande said.