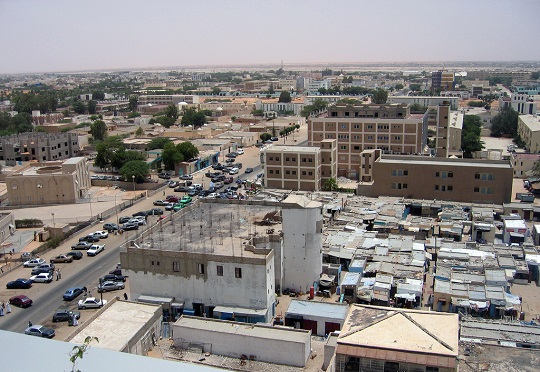 The online investment guide (iGuide) to Mauritania has been launched in the presence of the media and representatives of the public and private sector.

Designed to provide intelligible, reliable and up-to-date information on the relevant laws, regulations, costs and opportunities, this investment promotion tool is now ready to serve the national and global investment community.

“Investment is a key driver of development,” noted Mr. Mohamed Salem Ould Soueilim, General Secretary a.i. of the Ministry of the Economy and Finance of the Islamic Republic of Mauritania. “The iGuide should help us seize the opportunities provided the international markets as well as promote domestic investment.”

The website covers topics such as the rules and procedures of starting a business, skills and wage levels of the local labour force, investor rights and business sectors with especially high investment potential.

Users who wish to obtain more detailed information may consult additional documents that have been uploaded, such as the French version of laws and regulations and contact details of some of the relevant institutions.

The site also features feedback collected among investors on the ground. “The information accessible through the iGuide is otherwise scattered across many different websites or outright not available,” highlighted Mr. Ian Richards, Economic Affairs Officer at the United Nations Conference on Trade and Development (UNCTAD), as he walked the audience through the platform.

Mr. Joseph Baricako, Economic Affairs Officer at the United Nations Economic Commission for Africa (ECA), recalled that the iGuide was a joint product developed by the Ministry of the Economy and Finance in collaboration with the ECA and UNCTAD.

After outlining the relevance of the platform for the country and potential investors, Mr. Baricako also said that like in all other countries where the investment guide has already been developed, the platform is to be managed and updated by the national authorities following its official launch.

Mauritania is the sixth African country to launch the iGuide in 2018, following the Republic of the Congo, Malawi, Zambia, Nigeria and Madagascar.

Ethiopia is also expected to present its iGuide by the end of the year. To date, thirteen countries in Africa, Asia and the Caribbean have an online investment guide at their disposal.