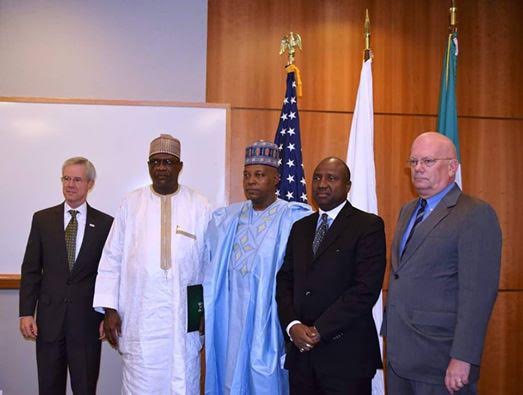 Co-inventor of “Hospital-in-a-Box”, a solar-powered, life-saving operating room which can be transported to remote areas of Africa and set up quickly

Although he spent part of his youth in America (including going to high school in Cleveland, OH), Seyi Oyesola’s heart was always in his native country of Nigeria as he dreamed of returning there to become a physician and help his people.  After completing high school here, he returned with his family to his homeland where he earned his medical degree and began his internship training. But he soon discovered that on his meager salary as an intern, he could barely afford to maintain his mother’s ageing car. So he left Nigeria for Britain to complete his training, asking himself: “Is this going to be a permanent phenomenon? Will we keep paying doctors in Africa so poorly that they migrate to the U.S. or the United Kingdom?”  As he later realized when he began practice as an anesthesiologist and critical care physician, such situations are but microcosms of more serious medical and healthcare problems plaguing Africa.  But with determinism and optimism, Seyi is doing his part to make a difference.

Why He’s Important: After being fed up with the deplorable state of emergency medicine that he saw in many remote parts of Africa, Seyi set about to find a way to bring quickly transportable and assembled surgical care to these areas in emergency cases.  The answer came when he collaborated with English engineer Alexander Bushell. The pair developed “The CompactOR,” or more popularly known as “Hospital-in-a-Box”– a solar-powered portable operating theatre replete with all the equipment found in a normal operating theatre, including a defibrillator, EKG monitoring, suction, an anesthetic machine, and surgical lighting.  The award-winning invention was launched in 2007 and is in use in rural areas of Africa.

Common ailments and injuries (such as trauma, burns and heart attacks) are survivable in developed countries, but kill thousands of Africans each year because basic medical care is often not available.  Hospital-in-a-box, powered by solar panels (and if necessary supported by pedal power or from a car battery), can be dropped into inaccessible zones by helicopter and set up quickly.

Current Activities: Dr. Oyesola is Chief Medical Director of the newly-opened Delta State University Teaching Hospital in Nigeria. He is also a director of Practice Ventures (Britain), a company that specializes in the supply and maintenance of high-tech medical equipment to African hospitals.  In addition, he has served as senior lecturer at the Imperial College School of Medicine in London.

Education: He completed his Bachelor’s of Science degree and medical degree from the University of Lagos, Nigeria with specialist training in Anesthesia and Critical Care in  Britain and the U.S.

In His Own Words: “In serving a cause greater than self, a team is able to produce results in a way that the whole is greater than the sum of the parts,” says Seyi regarding the team approach he likes to take in solving problems.