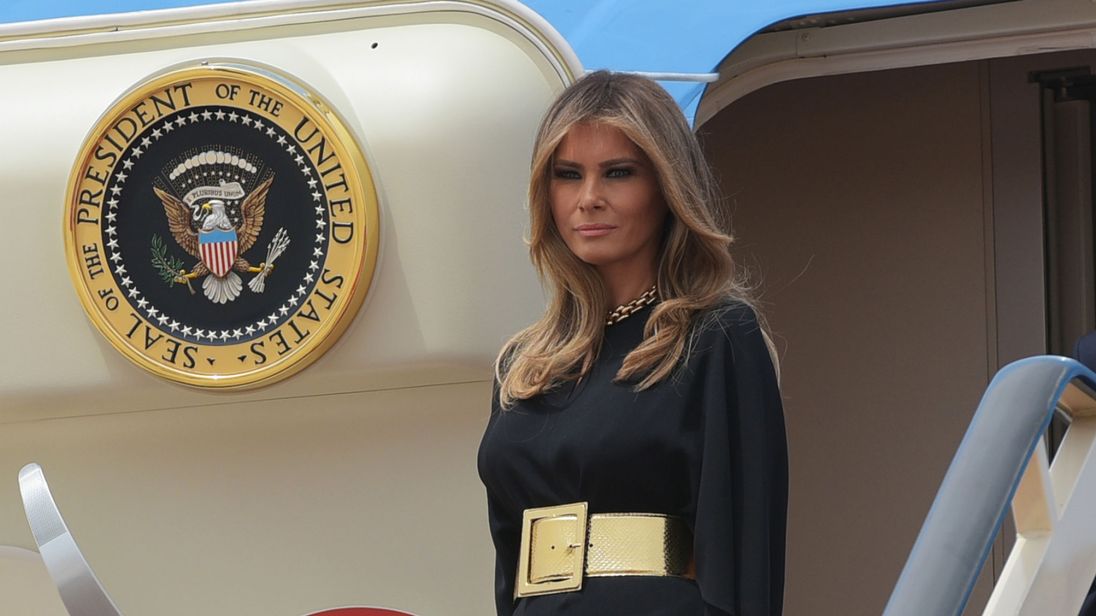 The First Lady of the United States Melania Trump is expected to arrive in Accra, Ghana, today as part of her first African trip after her husband became President.

She will be embarking on a one-week tour of some selected countries on the African continent.

The one-week trip, which begins today, will take her to a part of the world that has a tense relationship with her husband’s administration.

Mrs Trump will visit 4 countries in Africa. These countries are Malawi, Kenya, Egypt, and Ghana.

At a reception for the spouses of foreign leaders and others participating in the annual U.N. General Assembly on Wednesday (September 26, 2018), she said that she will use the visit to promote her “Be Best” child welfare initiative throughout Africa.

The “Be Best” initiative was launched earlier this year to focus on overall child well-being, with an emphasis on opioid addiction and online behaviour.

“Whether it is education, drug addiction, hunger, online safety or bullying, poverty or disease, it is too often children who are hit first, and hardest, across the globe,” Mrs. Trump said.

“Each of us hails from a country with its own unique challenges, but I know in my heart we are united by our commitment to raising the next generation to be happy, healthy and morally responsible adults.”

The African continent is a place that every modern first lady has visited. Laura Bush made programs promoting health in Africa a major part of her tenure, particularly in her husband’s second term, when she made seven trips to countries there.

Michelle Obama visited twice without her husband, in 2011 to South Africa and Botswana, and in 2016 to Morocco and Liberia, bringing her daughters along for both trips. As first lady Hillary Clinton also made two trips accompanied by her teenage daughter with stops in Senegal, South Africa, Zimbabwe, Tanzania, Uganda, Eritrea, Morocco, and Tunisia.

However, Mrs Trump’s visit is tenser than those of her predecessors. This is because of her husband’s stance on African countries. An example is the “shithole countries” comment he made. He later denied using such language.