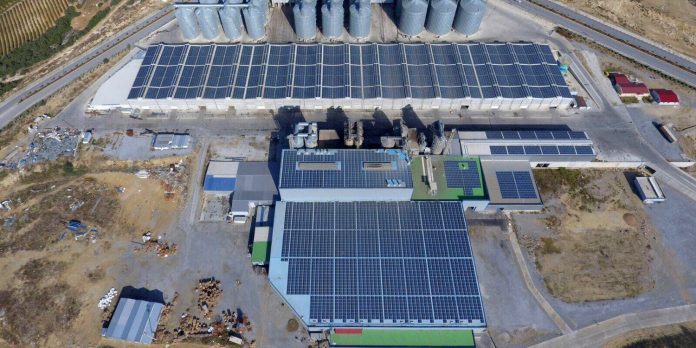 “The purchase of a majority stake in the Keetmanshoop project signals a positive trend to localisation of the industry – a solar plant owned by Namibians for Namibians,” says Mergence portfolio manager Hileni Nghinaunye.

The project stake bought from Nasdaq-listed Canadian Solar will be held in the Mergence Namibia Infrastructure Fund Trust on behalf of the Namibian Government Institutions Pension Fund (GIPF). Local company, MTJ Investments, has a 30% stake in the plant which has been refinanced by loans from Mergence, Nghinaunye.

The restructuring of MTJ’s funding by Mergence Namibia makes provision for earlier returns to MTJ Investments, allowing MTJ to more fully participate in the project. Post acquisition, the local ownership of 30% will grow to a minimum of 86% from the investment of the Mergence Namibia Infrastructure Fund.

Momentous Solar One is the first project developed by Canadian Solar in Africa. It is the third project in Namibia in which Mergence will hold a stake, the first two being the Ejuva 1 and 2 plants in Gobabis which were officially opened in August 2018.