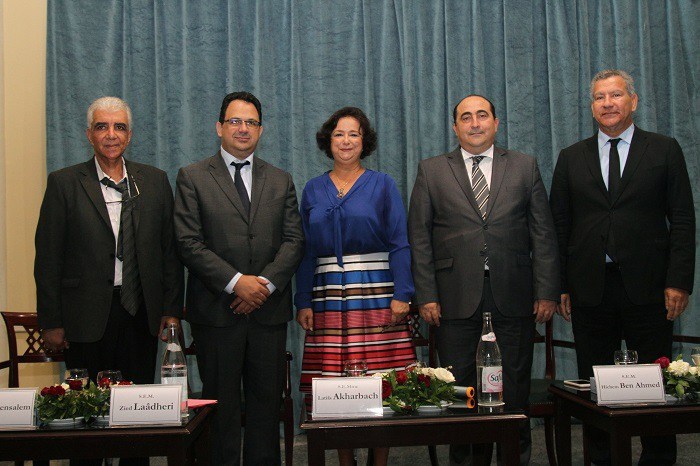 Moroccan and Tunisian business representatives have agreed to reinforce their economic ties, especially in the automotive industry.

Both parties held a meeting on Friday, October 19, in Tunis to strengthen their economic relationship and to examine the causes of its weakness.

The Moroccan embassy in Tunis organized the meeting, themed “Economic Exchanges Between Morocco and Tunisia: Obstacles and Prospects.” The meeting is being held in the context of cultural days October 13-30, Maghreb Arab Press reported October 20.

Representatives from both sides have expressed their interest in reinforcing economic relations “especially with the development of the exporting vehicles sector in Morocco and the Tunisian expertise in manufacturing vehicles’ components,” Asharq Al-Awsat newspaper reported October 20.

Morocco is a leader in Africa in car production and export. The North African country produced 345,000 passenger vehicles in 2017, surpassing South Africa’s 331,000 cars.

The minister, who made his announcement during the 2018 Automotive Subcontracting Fair, said that Morocco wants to raise the bar to MAD 200 billion in exports with a production capacity of 1 million vehicles by 2025.

Through the bilateral cooperation, Morocco could benefit from Tunisia’s expertise in car manufacturing.

According to Asharq Al-Awsat, “The industry of vehicles’ components is one of the oldest in Tunisia and the most developed in the region — around 90,000 engineers and laborers work in this sector.”

Bilateral trade between Tunisia and Morocco has been very modest for many years.

In the meeting Friday in Tunis, Moroccan and Tunisian officials expressed their regret over low trade levels between the two countries.

Morocco’s Ambassador to Tunisia Latifa Akharbach said that Morocco and Tunisia are struggling to increase their trade despite the advantages of their respective economies.

She added that in 2017, trade between Morocco and Tunisia barely reached TND 854 million (MAD 2.8 billion).

The Moroccan-Tunisian High Joint Commission set a target of $500 million in trade in 2020. The number, a 68 percent increase in trade in just three years, according to Akharbach, is “out of our reach.”

Tunisian officials shared the same negative views, who quoted a lower figure for trade in 2017.

Ben Ahmed explained that, despite the Arab free trade zone, increasing trade levels is stymied by the countries not having mutually recognized conformity certificates for product standards and the absence of a direct maritime line.

Bilateral trade does not exceed 3 percent of all foreign trade between the two countries, said Akharbach.

Tunisia’s Minister of Development, Investment, and International Cooperation Zied Ladhari also confirmed that trade between the two countries is minimal. He urged leaders to boost bilateral cooperation, especially in promising areas such as the automotive, food, and processing industries.

The minister also called on the operators from both countries to focus on dynamic industries, particularly pharmaceutics, aeronautics, tourism, and information technology.