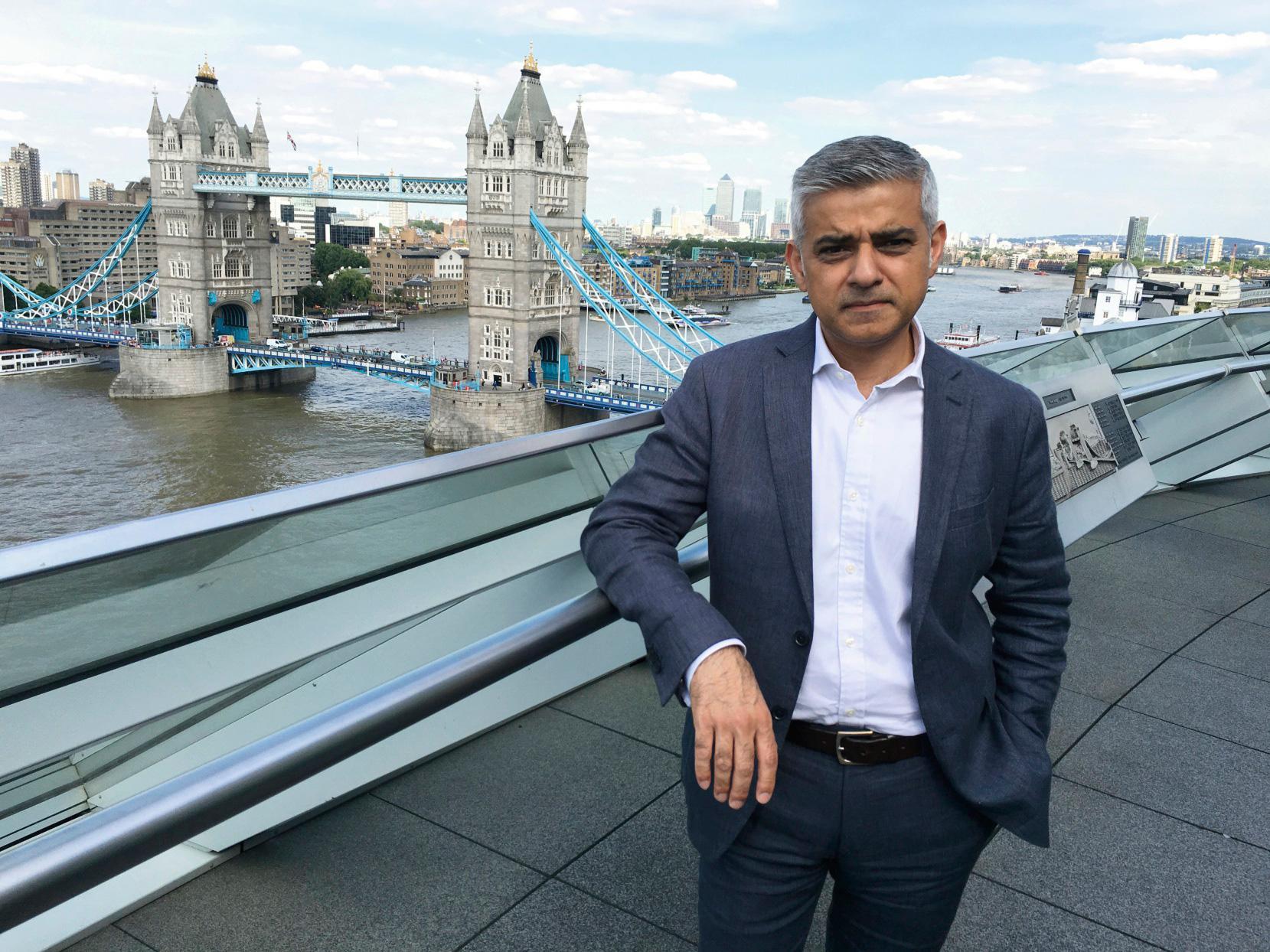 Available statistics have shown that diversity is one of London’s strength, not weakness. The population of London is 45% white British. A further 15% are from other white nationalities. An estimated 3.1 million people living in London are born outside the UK. Blacks and minority groups have also been strategic partners, contributing to the growth of the city. This melting pot is no doubt one of the city’s major strength. The think tank Oxford Migration Observatory has found that opposition to immigration is significantly weaker in London, precisely because the majority of its citizens are able to get on with another. As has been described in various writings, London is a medley of contrasting buildings where no two iconic structures look the same; as the skyline mimics the city’s own diversity. The decaying landmark, the Palace of Westminster can co-exist in harmony easily with the gleaming new Qatari-built structure, The Shard. The Londoner mentality of accepting, embracing and absorbing others into the fabric of London culture has probably made the city the world’s diversity capital. In this exclusive interview with African Leadership Magazine UK, Mayor Sadiq Khan, the Mayor of London, talks about his efforts towards promoting diversity and making the city work for everyone – especially black and minority groups. Excerpts.

London is one of the most culturally diverse cities in the world, what steps are being taken by your administration to deepen diversity in the administration of the city?

London is the greatest city in the world and our diversity is one of our biggest strengths, but too often we still see huge inequalities based on race and economic background. This is deeply troubling and I’m passionate about ensuring all Londoners have access to jobs and that where you come from has no bearing on what you can achieve. It’s important that at City Hall we lead by example, and that’s why I published our first-ever ethnicity pay audit, including the Met Police and Transport for London. It is also why I urged all of London’s public bodies and businesses to do the same and called for the Government to make it a legal requirement for businesses to carry out. I have also ensured that all recruitment is completely anonymized, established a Diversity and Inclusion Management Board, and ensured that my team of deputy mayors are representative of our city. This sort of injustice takes many years to develop and it becomes deeply entrenched, but I’m proud that my administration is finally beginning the process of turning this around.

During the 2017 Black History Month celebrations, you made a pledge towards improving the well-being of Blacks and the Caribbean community in London; how would you say you have been able to do this in the past one year?

I am committed to helping the black communities in London and have taken bold steps to acknowledge the challenges being faced. We know that for far too long black and minority ethnic (BAME) groups have been underrepresented in London’s labor market. It’s an inequality that can only change if employers are more aware of the problem and what they can do, and that’s why I have created the Workforce Integration Network (WIN). The network is a partnership of employers and peer ambassadors designed to address under-representation in the city’s workforce initially focusing on young black men. Through this network – a flagship of my social integration strategy – we are shining a light on the challenges and the barriers facing the community, championing young black men, bringing together best practice and improving pathways into work. And by improving the data that we have in this area, you can be sure that I’m holding employers to account for these issues.

I’m determined that City Hall leads by example and that’s why I regularly work with the community, including a quarterly meeting with Black Majority Churches and leaders across London, to help shape our policies. I have also stood up for the rights of black Londoners with insecure immigration status by opposing the government’s hostile environment policy. The recent Windrush scandal shone a light on an immigration system that is unfit for purpose and I will continue to call on the government to end its harmful approach to immigration.

I am committed to shining a light on the positive contributions the African and Caribbean community has made to shape our city, something that I think may have been overlooked historically at City Hall. We have been working closely with community organizations to host a range of other events that celebrate this history. This has included honoring the Windrush generation with a takeover of City Hall to mark the 70th anniversary of the arrival of the ship Empire Windrush into Tilbury Docks from the Caribbean. I also marked the International Day for the Remembrance of the Slave Trade and its Abolition and with a special commemoration at City Hall that gave us the an opportunity to pay our respects to those who suffered, to celebrate the courageous men and women who fought to bring about its abolition, and to recognize its enduring impact on African communities here in London and around the world. And of course, we continue to celebrate the contribution of African and Caribbean communities to London during Black History Month every year, bringing back the Black History Month annual reception.

London has a rich history of attracting the best and the brightest from around the world, including Africa. How do you see Brexit affecting this trend, and how should the African immigrant community adapt?

Like the overwhelming majority of Londoners, I voted for Britain to remain in the European Union at the referendum two years ago. I believed that staying in the EU was the best way to protect Londoners’ jobs, economic growth and workers’ rights. I am clear that the British people must get a final say on Brexit, but am optimistic about London’s future. London’s pre-eminent position as a capital for business, culture, innovation, and openness has developed over time and is built upon strong foundations. We will not allow this to change. I am confident that London will continue to be the greatest city in the world and continue to attract the brightest and best. London is open to all.

London is no doubt one of the world’s most metropolitan cities, but, in the past two years, the city has faced some of its biggest security challenges; how are you tackling these issues?

The safety of Londoners and visitors to our city is my top priority. Our police and security services work incredibly hard and it’s thanks to their professionalism, expertise, and dedication that they have thwarted an unprecedented number of plots against the capital. Nevertheless, it’s vital that we continue to evolve and improve our defenses to attacks. That is why one of my first acts in office was to commission Lord Harris to ensure that London is as prepared as possible. Key learnings from the review have put the police in a better position to respond. There is no denying that we are facing a funding crisis in our police service caused by sustained real-terms cuts by the Government, and that is why I have been lobbying for more money while investing more in the Met police this year than ever before. I have placed improving social integration and building more cohesive communities across the capital at the heart of our work. Get it right and it will lead to a safer, healthier and more prosperous London.

You recently launched the first-ever 24-hours London Vision, which is premised on 4 core points; please tell us more about this vision.

I’ve pledged to make growing London’s culture a core priority, and our city’s thriving night-time economy is a key part of this. Building a vibrant 24-hour city is crucial for London to remain a cultural and economic powerhouse – it is also what keeps visitors, workers, students, and businesses flocking to our great city. My vision isn’t just about pubs and clubs – it’s about everything from museums and theatres opening later, being able to do your weekly shop after an evening shift, through to the safety of Londoners working and traveling at night, and residents being able to get a good night’s sleep. We must create a 24-hour city that works for everyone, showing the world that London is open for business, open to people and ideas round the clock. That’s why I set out this vision for a balanced and sustainable night-time economy and why I appointed the first-ever full-time Night Czar to bring it to life.

What would be your message to the African and Afro-Caribbean Community who believe and look up to you for leadership in the remaining part of your tenure? 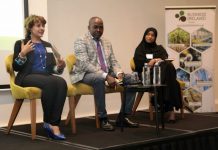 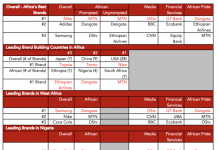