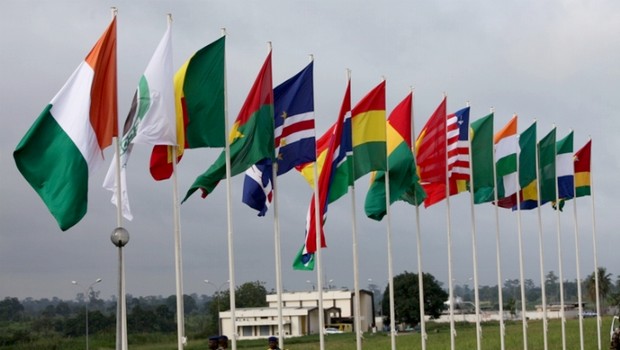 Speaking at the maiden News Directors Forum of the Atlantic Federation of African Press Agencies (FFAPA) on Thursday, October 18, El Khalfi stressed Morocco’s African impetus, especially since the country’s return to the African Union in January 2017.

When asked why Morocco, geographically a North African country, would want to join a sub-regional body of West African states, El Khalfi said that Morocco’s ECOWAS bid is an extension of its strong belief in investing in intra-African exchanges and cooperative development projects.

According to El Khalfi, the kingdom’s ECOWAS bid “reflects the vision of his majesty, the King, to build a strong South-South partnership and to bring our efforts together to deal with economic and social challenges.’’

Rather than reason in terms of geographical location, ECOWAS member states should consider the sincerity of Morocco’s agenda with the rest of Africa, especially Western Africa, he suggested.

The “real reason” Morocco wants to join ECOWAS, El Khalfi continued, is Morocco’s realization that its future belongs in Africa and its eagerness to contribute to the emergence of a strong Africa.

He described Morocco’s ECOWAS move as “a still ongoing project.” He explained that the rationale behind the move is to “enhance our capacities to deal with the economic and social challenges of the 21st century.”

Morocco’s ECOWAS aspirations came in the immediate aftermath of Morocco’s African turn when it officially returned to the African Union in January 2017.
Meeting in June 2017 in Monrovia, Liberia, the 15 leaders of ECOWAS agreed in principle to Morocco’s membership request, dubbing it “receivable” in the framework of the sub-regional body’s charter.

At the 52nd ECOWAS summit in December 2017 in Abuja, Nigeria, a study on the economic and socio-political impacts of Morocco’s prospective membership was submitted to the 15 West African leaders.

They failed, however, to reach a general consensus on Morocco’s request. Since then, Morocco’s ECOWAS aspirations have gone through highs and lows, spoken about in both good and bad terms.

In the latest development, the sub-regional body’s leadership has appointed an independent three-member committee to legally review Morocco’s request.
The legal review phase is the final step in ECOWAS admission procedures. Should things proceed as planned, the independent committee will deliver its verdict in the following weeks.