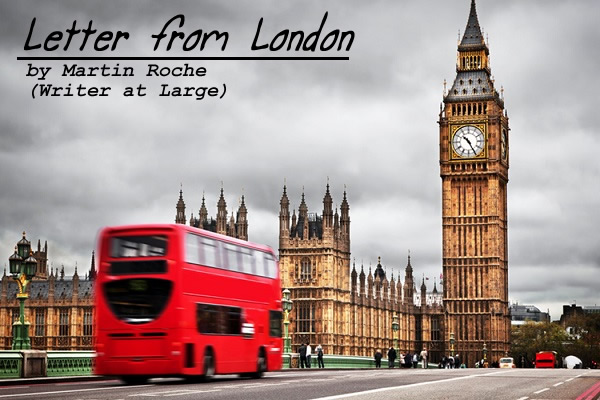 Mrs May Clings On As Her Party Fears A General Election Will Bring Labour to Power
As I write, Britain’s Conservative party is once again ripping itself apart over Europe. Its extreme anti-EU wing looks to be on the verge of mounting a leadership challenge. Their hope is to depose prime minister Theresa May. Should they force a contest and then win, the UK will have a prime minister and cabinet determined to drive an ultra-hard bargain with the EU in the Brexit negotiations. The new Tory leadership will hold over the EU the threat that they are quite prepared to walk away without a deal.

The consequences of a “No deal” Brexit will damage both sides economically and politically. Their economies will recover in time. How long can only be guessed at.

Immediately, the EU will lose huge sums from its budget that the UK was due to pay. British exporting businesses would instantly lose automatic, tariff-free, entry into the EU market of 27 countries and 400 million people. EU exporters would face the same problem accessing the UK. Thousands or legal arrangements that have developed over the 45 years of the UK’s EU membership, across dozens of sectors, will be in doubt. Confusion will reign for months, if not years. Such would be the uncertainty generated by a no deal outcome that business confidence levels would tumble, stock markets at the very least wobble (if not dramatically fall), capital take flight and bank lending evaporate.

On the domestic political front the Scottish independence movement will be boosted and demands grow louder for a second referendum on Scotland ending its union with England. Northern Ireland, the only part of the UK to have a land border with an EU state, will walk on eggshells. Free and unfettered movement of people between Northern Ireland and Republic of Ireland would end overnight, with jobs, trade and businesses all hurt.

The political fall-out will last for decades.

But none of that might happen if a deal is struck over the next six months that London and Brussels can live with and which saves face and keeps relations calm and reasonably amicable. How the extreme Brexiters of the Tory party will react if a deal is done with the EU by Mrs May that they don’t like will grip the whole country. Do they wield the knife now, hold back until the direction of the negotiations is clearer and then strike or simply wait until runes are more favorable to their cause?

Never Relax
Mrs May might not be toppled, but she cannot ever relax. She will never be safe in her job. The hard Brexit branch of her party constantly chide her for being too soft with the EU. Nor has her party forgiven her for calling an unnecessary general election in May 2017 that saw the Tories lose their majority in the House of Commons. As the largest party, it is able to govern only with the support of Northern Ireland’s hard-right, anti- EU, Democratic Unionist Party.

Strange as it might seem, being in charge of a minority government is Mrs May’s strongest card. The British convention is that the ruling party of the day can change its leader, who then takes over as prime minister. That happened when James Callaghan, John Major and Gordon Brown each inherited the premiership, though with one critical difference. All three headed parties with parliamentary majorities. It was those majorities that gave the new leaders the national and personal mandates vital to public acceptability and stable government. The Conservative party has no majority.

A new Tory leader coming to office with neither a majority or any kind of voter endorsement would face enormous public and opposition pressure to call a general election. Many would claim that without a new electoral mandate neither the new prime minister or the Conservative party had a right to govern. Millions of ordinary voters would feel that a new national leader elected only by the Conservative party’s members was unacceptable.

Labour Senses Power
Last year, Mrs May calculated that her party was so far ahead of Jeremy Corbyn’s Labour party that calling a general election would be a safe bet. Some thought she’d be returned in glory to Westminster with a majority of 100. It was not to be. Her majority evaporated and Jeremy Corby’s political stock shot up. For months now the polls show Labour and the Conservatives neck and neck. If a general election happened now a majority Labour government is a serious possibility. If there’s one thing that will stop the Tory party decapitating Mrs May it’s the prospect of a Labour government led by a lifelong Marxist.

For many reasons, the possibility of a Labour government is real. But one reason why the Tories would be unwise to risk an election stands above all others. Those who know the Conservative party say it has about 70,000 members. Under Jeremy Corbyn, membership of the Labour party has gone from 200,000 to 600,000. If Labour manages to mobilise only 5% of its mainly young and fit membership during an election campaign that will put 35,000 campaigners on the streets. Most of the Tory party membership is over 50 and 5% of them on the streets is just 3,500 people. No wonder Labour senses power is within grasp and that it’s keen for a general election. The threat of Labour is what’s keeping Theresa May in power.

If you asked me to take a bet I’d say Mrs May will still be prime minister three months from now. Only a complete fool would look beyond that. Mrs May’s enemies may feel soon that they have postured long enough, that their followers expect action. Self-generated pressure may blow the valve, rather than rational, considered and measured thought. Nothing new in political history in that.

Time will tell. It’s possible a complete fool will be writing the next Letter from London.

Martin Roche is a graduate of the University of Aberdeen, Scotland, where he read politics and International relations. He began his working life on a daily newspaper in Scotland and has since written for many newspapers, magazines and radio stations in the UK and internationally. As a communications consultant, he has advised political and business leaders in over 20 countries.