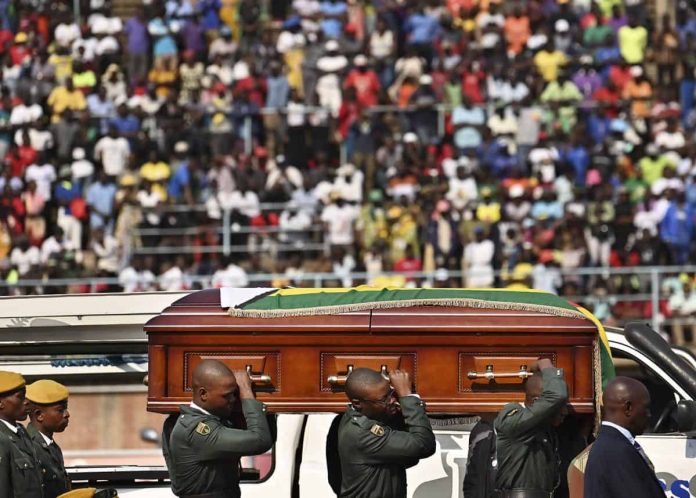 Late former Zimbabwe President Robert Mugabe will be buried at a monument for national heroes in the capital, Harare, on Sunday, a family spokesman said, as the feud over the funeral appears to have been resolved.

On Thursday, the family had said that the former Zimbabwe president, whose body was flown back from Singapore on Wednesday, would be buried in his home town in a private ceremony.

The deceased has been lying in state in Harare since Thursday after the government announced three days of national mourning.

“I can confirm that he will be buried at the National Heroes Acre on Sunday,” family spokesman Leo Mugabe said on Friday, adding that an official ceremony would be followed by a private family event at the monument to heroes of the liberation war against white minority rule.

Mnangagwa, a one-time protege of Mugabe, called the former president a “national icon” after his death.

Mugabe fired Mnangagwa in 2017, in what many believed was an attempt to position his wife Grace to succeed him. Mugabe was overthrown by the military following massive protests.

On Friday, foreign dignitaries were due to start arriving in Harare ahead of a state funeral planned to be held at the country’s National Sports Stadium on Saturday.