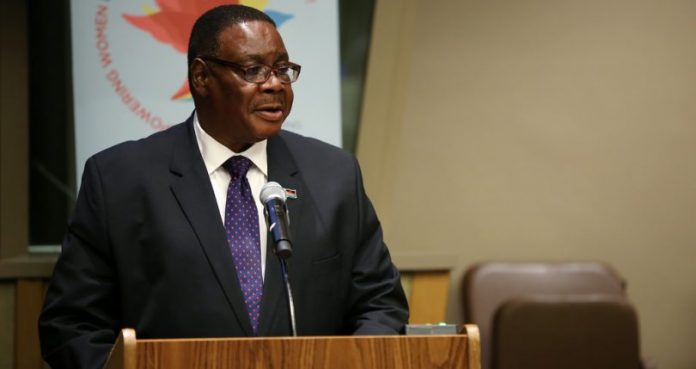 Malawi’s President Peter Mutharika began his second five-year term with a tough stance against corruption and pledged to revive the economy, following accusations of corruption and mismanagement.

Speaking at his inauguration on Friday in Blantyre, Malawi’s second largest city, Mutharika warned that he would not spare anyone found abusing their positions, in an apparent response to allegations of corruption that marked his first term.

“The honeymoon is over. If you belong to the DPP (Democratic Progressive Party), you have no right to think that you are above the law or to be defiant to your superiors in the name of the party”, he said before thousands of cheering supporters and military parades at Kamuzu stadium.

Mutharika won the election with a 38.57% share of the vote, with opposition party leader Lazarus Chakwera scoring 35.41% and Deputy President Saulos Chilima claiming 20.24% in the final tally. Mutharika said his government would push a law that will ensure that 60 percent of government procurement goes to local companies and also offer tax breaks to the private sector.

He also pledged to offer soft loans to smallholder farmers as well as continue to make the price of fertilizer and seed cheap, signaling a continuation of subsidies that boosted food production during most of his first term.