African Leadership Magazine
Home Governance and Policy We Need Young People To Vote, For Their Sake And Ours 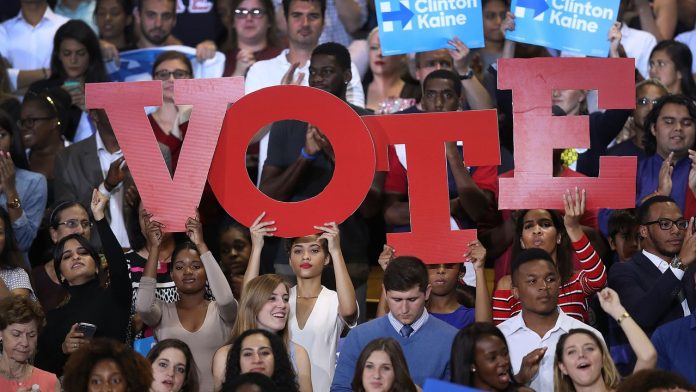 As Britain flounders in its attempts to finalise its withdrawal from the European Union, it is worth reflecting that one of the many contradictions of Brexit, is that those who voted in favour of it will be the ones least affected by the decision.

Perhaps if more youth had turned out to vote, the result of the narrowly-won referendum would have been different. This is an apposite example of how young people cannot ignore the processes of governance. They cannot leave decision-making to older generations when it is their future that is at stake.

In Africa youth participation in elections and in governance more broadly is low. Whilst Africa is touted to be a young continent, with more than 60% of its inhabitants aged under the age of 35, in some countries like Zimbabwe only an average of 38% of this age group are registered voters. My own research, carried out for my PhD thesis and recently published in Commonwealth & Comparative Politics in 2018, shows that these young citizens feel increasingly excluded and unrepresented, and this leads to a cycle of frustration and apathy. Young people complain that the system is not working for them and feel that there is no room for them to participate in changing it.

In some instances, this frustration is extreme. For example, in Zimbabwe, a generation of young people have experienced decades of political and economic stagnation. Even moments when change seemed possible, have proven to be false dawns.

You can imagine the pain of growing up in an economy that is not serving the people, and a political system that is rigged against change. The first time you have the chance to vote you might see it as an opportunity to make your voice heard, only for the election to be stolen. The second time, you try again, only for the result to be the same. By the third time, your motivation to keep trying is understandably diminished.

Believing that their voices will never be heard and their votes will never count, young voters become resigned and simply stop participating.

Democracy in South Africa may be more established, but the youth in this country nevertheless have faced a similar dilemma for much of the last two decades. The loyalty of older generations to the ANC was so entrenched that it essentially drowned out other voices.

We have, however, seen a hopeful shift in the last few years. Parties like the Democratic Alliance and the Economic Freedom Fighters are making concerted efforts to appeal to younger voters. They both have young leaders and have created opportunities for people under the age of 35 to represent them in parliament.

This is very much in contrast to what happens in Zimbabwe, where the ambitions of young people are inevitably stifled when it comes to competing for party positions. They are relegated to youth wings, where they are often simply employed as ‘political cannon fodder’ for marches or, historically, farm invasions.

Senior party members are often wary of the youth because they see them as a threat. They know that, given the opportunity, young contenders would turn the tables on them. They have therefore ring-fenced their positions so that there is no space for the youth to drive meaningful political change.

Young people are also often denied access to resources because it makes them more susceptible to being ‘bought’, by either politicians or traditional leaders. As long as the youth remain economically disempowered, money and resources can be used to capture their votes or ensure their participation in rallies or marches.

The long term consequences of this are severe. If the youth are disempowered and disengaged, they not only have others deciding their futures for them, but the skills and energy that they could bring to governance are lost.

This is why civic education is so important. People don’t automatically become responsible citizens. That is something that needs to be nurtured and encouraged. The youth need to be encouraged to take the view that if they want to change systems that aren’t working for them, they have to participate in them, both at the polls and more broadly.

Cross-generational dialogue also has to be fostered. The youth should not be involved only in processes where they are told what to do. There must be genuine initiatives to bring in their ideas, but also to transfer the skills and the knowledge of those who have long held positions of responsibility. Few parties are currently doing this.

As South Africa heads to the polls on May 8th, the signs are positive that young people will be there too. Over 81% of new registrations recorded at the final registration weekend by the IEC earlier this year were under 30 years old. Yet, according to Sy Mamabolo, Chief Electoral Officer of the IEC, approximately 6 million eligible youth voters remain off the voters’ roll.

It is hoped that those who are registered will make it their business to cast their vote. After all, the decisions we make on that day will be about the country we want to see tomorrow. It only makes sense that the youth, who are most affected by the outcome, should have their voices heard and appreciated.

Hillary Musarurwa is a Bertha Scholar and graduate of the MPhil specialising in Inclusive Innovation at the UCT Graduate School of Business. This article draws on research he conducted for his PhD research which looked at the aspects of ‘Youth Participation in Governance and Structural Economic Transformation in Zimbabwe’. See also Musarurwa, H. J. H. J. 2018. Closed spaces or (in)competent citizens? A study of youth preparedness for participation in elections in Zimbabwe. Commonwealth & Comparative Politics, 56: 1-18.