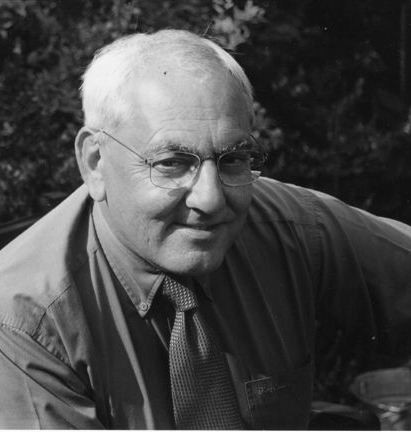 In those forty years we’ve seen enormous changes in communications technology, from satellite TV to the internet, from e-mail to instant messaging and social media on billions of mobile phones. People now get their news and information from a great variety of sources. Where once they were restricted to a few newspapers and whatever was on offer locally by way of TV and radio, now they have almost endless choice. Along with technological changes came commercial pressures on advertising and PR agencies to combine their offerings so clients could be better served and economies of scale achieved. The one stop shop approach has seen big communications groups add every sub-discipline of the communications industry to their portfolios in an effort to win more and more business.

It all represents massive change in a very short space of time. But some things have not changed at all. Some things are timeless. The people at the client end are still human beings and the people at the agency are also still human beings. The people at the client end know their business better than anyone at the agency and the agency knows more about the art and science of communication than the client. What they have in common is that both want to tell a story that persuades other people to behave in a way the client wants. And success or failure is almost always down to the quality of the relationship between agency and client.

Any agency worthy of its reputation pays great attention to keeping the client happy. Only the smartest clients make a similar effort to keep their agencies happy. They do it because it is in their best interests to get the best from their agency and because they value the experience, skill, creativity and, often, the breath of fresh air a good agency can bring to the way the client sees its business. Hiring an agency is an investment in the future of the business. Whether it’s a consumer product, a political party, an airline or a “stop smoking” campaign, a lot of money is being spent and the performance of the client’s managers is being closely watched. Many a promising career has foundered on the back of a poorly executed campaign. The agency will move on to its next assignment, but back at the client’s office some hapless executive is being sidelined or shown the door.

Along the road of my career I’ve been on both sides of the equation, client and agency. So, here’re my five top tips for getting the best from your investment in a communications agency or consultancy.

Hire people you trust and like. An agency will become part of your organization. It will rapidly begin to understand your culture and be party to many of your commercial, financial or political secrets. Before you appoint an agency ask about its people, meet everyone proposed to work on your account, find out who else it has on its client list, ask penetrating questions about the agency’s ethics and beliefs. Will it be a comfortable match?

It will help a great deal if you actually like the people you will be working with, but the most important things are the quality of their minds, their experience, their ideas, their energy and their commitment to you and your cause.

Size of agency really doesn’t matter very much these days. At Etoile we put together bespoke teams to provide the client with what they need. What’s most important is that the team leader knows how to bring diverse talents together, quickly build an effective team and win the client’s confidence and trust.

Every invitation to pitch for your business should involve a clear written brief outlining what you want to achieve, in what timescale and an indication of how much you have to spend. And when you’ve appointed an agency give it a real in-depth briefing. The more they know, the more they understand, the better the results are likely to be. Start at the top but give the agency access to the people at the bottom. They usually understand the problems and hidden opportunities of an organization better than most.

In one of the world’s most famous and successful companies they have a golden rule that says that all outside organizations hired to help the business succeed – from auditors to IT support from bankers to PR agencies – must be treated with respect and good manners. Of course, the tradition of respect and manners is one of the reasons it is one of the world’s oldest and most successful concerns. People respond better to good manners than to bad and fewer errors and misjudgments are made because people are professional friends, not adversaries trying to prove a point.

Hiring any sort of advisers has an impact on management time. Unless you meet your chosen agency frequently the quality of their work is unlikely to be as good as it can be and you won’t get maximum return on your investment in the agency. Most successful client/agency relationships are like a good marriage. Little sins are forgiven, little failings ignored in order to win the far greater prize of mutual success. The children of a great client/agency relationship are to be found in the client achieving what it wanted.

Because of the proliferation of media and information sources it is harder than ever to reach the audiences you want to influence. Audience fragmentation is a constant challenge for anyone who needs to communicate with mass audiences. A variety of communications channels and techniques have to be used. Some will work better than others and some creative treatments will have greater impact than others. Impact and memorability are important but far more important is whether or not people are being persuaded to behave how you want. Changing behavior takes time. So be patient, give your agency’s creative treatment, media selection and campaign strategy time to work. It will help everyone if your expectations are clear from the beginning, so that realistic ideas on budgets, time and strategy can be made. After may be too late.