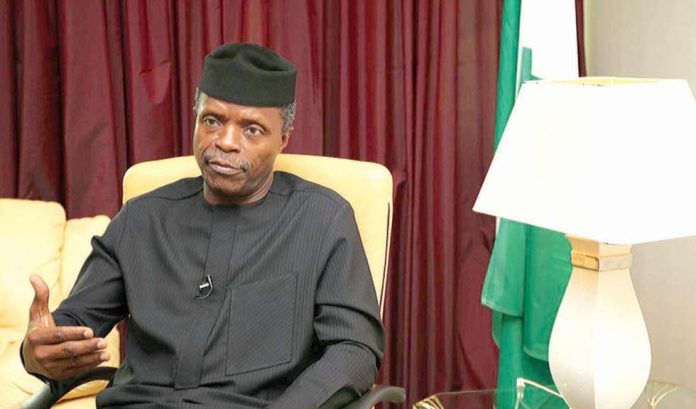 The N-Power programme of the Buhari-led administration will be expanded to accommodate one million beneficiaries in the next phase, Vice-President, Prof. Yemi Osinbajo says.

Osinbajo said this in a statement by his Senior Special Assistant on Media and Publicity, Office of the Vice-President, Mr. Laolu Akande in Abuja on Tuesday.

Akande quoted Osinbajo as having made the disclosure when he responded to questions at a town hall meeting in Abuja.

The vice-president said that N-Power was borne out of the growing need for government direct intervention in job creation.

“The idea of N-Power is supposed to be government own programme of direct employment and training.

“In all, we will be employing up to a million; and that will be the largest post-tertiary job programme in entire Africa.

“The reason why we have done this is because of the employment problems that we have, we may not be able to engage everybody but at least, government must give some direct provision of jobs,“ Osinbajo said.

He further explained that the government could not pay more than the N30, 000 currently to beneficiaries and also fix all the unemployment issues.

He said, however, said the Federal Government was working on creating the enabling environment to ensure that beneficiaries as well as other unemployed Nigerians become useful to themselves.

According to him, it is infrastructure that will create opportunities to provide more jobs, especially through manufacturing and Industry.

“So, we are doing roads and rail, providing power; that is the way we can develop the industry.

“We are energizing our markets at the moment, putting solar power in the markets.

“We have designated 300 markets, we have done Ariaria in the South-East, Sabon Gari in Kano, Surat in Lagos, Isikan in Ondo, Gbagi in Oyo and we are expanding so that more people can work.”

On the need to engage more women in productive activities, Osinbajo that one of the ways the Buhari administration was engaging more women was through the Government Enterprise and Empowerment Programme (GEEP) loans.

Speaking on the misconceptions about the borrowing arrangements of the Buhari administration, the vice-president said that the country under Buhari was not in a terribly bad debt situation as insinuated in some quarters.

“I want to give you the facts and figures on the debt issue. The dollar-denominated debts of Nigeria – that is, the debts of the Federal Government, the States and Local governments.

“One of the things that I always want you to bear in mind is that, when oil prices were at their highest between 2010 and 2014, that was when we had the sharpest rise in debts.”

On the ASUU strike, Osinbajo said that government was engaging the leadership of the union, noting that the next meeting would be on Nov. 15.

On healthcare financing, Osinbajo said the Buhari administration had done much, even as it had earned 60 per cent less than the previous administrations.

The town hall meeting was organized by Act Now, a non-political group that works in promoting transparency and good governance as well as youth participation in governance.