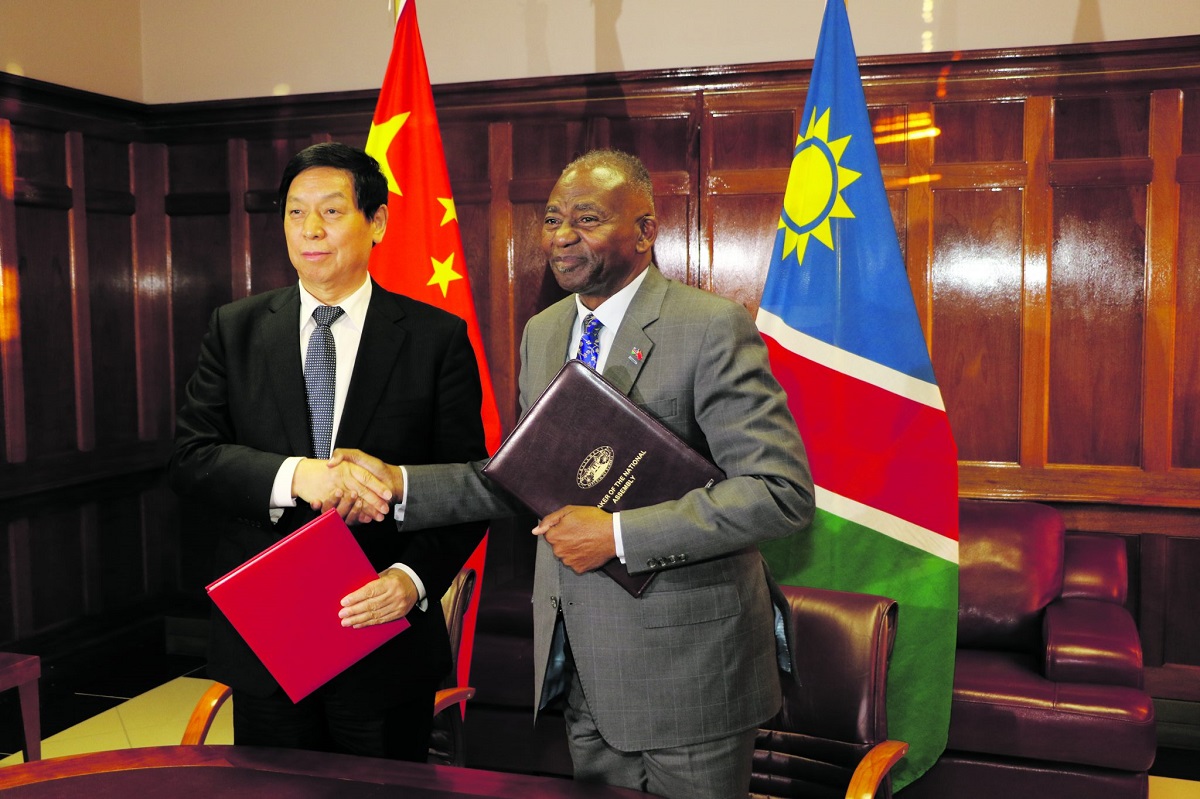 Professor Peter Katjavivi , the Speaker of the National Assembly has repeated his call for strengthened parliamentary cooperation between Namibia and the Asian economic powerhouse of China. This call was made to the visiting Chairman of the National People’s Congress of China; , Li Zhanshu who led a powerful 50-person delegation that left Windhoek for China after visiting Namibia for three days.

Katjavivi who had visited China in 2016 to promote mutual cooperation between the country’s legislative bodies admitted that bilateral ties between the two countries have been elevated, particularly following the visit in late March to China by Namibian President Hage Geingob. Intensive talks by President Geingob with his Chinese counterpart, Xi Jinping resulted in numerous bilateral agreements being signed between the two friendly countries.

Katjavivi in his chat with Li Zhanshu said that he hopes for more cooperation involving parliamentarians and staff exchange, exchanging experiences in the area of promotion and preservation of national heritage. He in turn added that the country would like to work closely with those engaged in parliament’s monitoring and evaluation of SDGs. Katjavivi further thanked the Chinese Speaker for a donation of 30 pick-up vehicles and equipment to the Ministry of Environment and Tourism that preceded official talks between the two top legislators. Vehicles and equipment donated are to be used for anti-poaching activities of the ministry.

Li Zhanshu further revealed that his mission was to build on that strategic partnership. The two legislators later signed a memorandum of understanding that would pave the way for the implementation of agreements reached between the two parliaments.