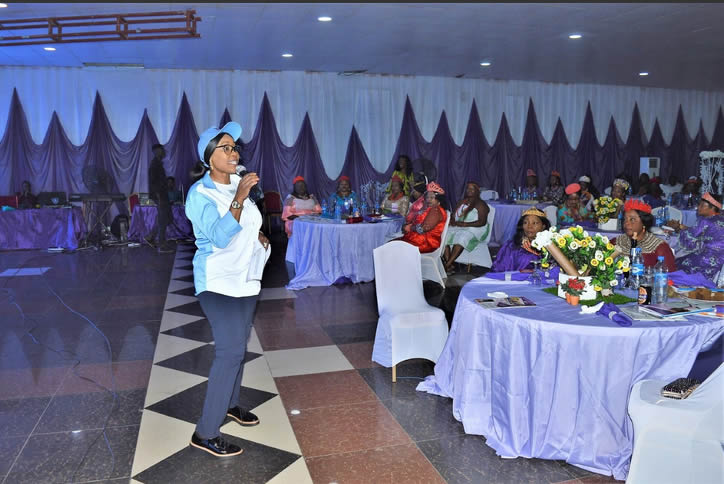 In line with its mandate to protect the nation, the National Agency for the Prohibition of Trafficking in Persons (NAPTIP) has disclosed its plans to commenced preparation towards rescuing thousands of stranded Nigerian youths mostly girls who are currently in some neighboring West African countries.

Following current Investigations, it was revealed that thousands of victims of human trafficking and irregular migration are currently stranded in the neighboring West Africa countries of Mali, Togo, Ghana and others on their way to Europe.

The Director General of NAPTIP while speaking at a recently held maiden summit of the Bayelsa State Traditional Rulers Wives Association, disclosed that the agency has already begun series of interface with key stakeholders and other partners in this regard and that operatives of the Agency will soon proceed to the affected countries for the identification and profiling of the victims as a prelude to the final evacuation.

During the summit which held at the Honni Hills Hotels and Resorts, Yenagoa, Bayelsa state, with an attendance of over 1, 000 persons mostly Queens and members of the royal families from Rivers, Ondo, Edo, Delta, Cross Rivers, Akwa Ibom and Bayelsa states.

Dame Julie, stated that NAPTIP has been a principal actor in the ongoing evacuation of stranded Nigerians from the North Africa country of Libya in which hundreds of victims of human trafficking and irregular migration incarcerated in various detention camps in Tripoli were brought home.

Speaking on the topic titled “Educating and Protecting the Girl Child a panacea for Developing the Community” the NAPTIP boss who lamented the plight of victims of human trafficking and irregular migration in their bid to seek greener pasture in Europe and other countries abroad pointed out that her Agency will not relent in its efforts aimed at ensuring protection of all Nigerian migrants wherever they may be found.

She said, “It is no secret that the high percentage of victims of human trafficking are young girls, who are often lured or enticed with the promises of better lives in the cities or outside the country. These young girls get to their purported dream destination only to end up in forced exploitative prostitution, whereby the proceeds they make from selling their bodies in exchange for monetary gains are forcefully taken away by their pimps and madams. This is one of the worst forms of human rights abuse and degradation, as one girl could be sold over and over again by different pimps until she is of no productive use to anyone.”

“In combating human trafficking, awareness creation is key; our youths need to understand that life is not always greener outside the country. It is quite unfortunate that despite the rich natural resources that our land is blessed with, our youths would rather migrate illegally to other countries, where they end up being exploited or involved in one crime or the other.

“I therefore, urge you all to join hands with NAPTIP to create awareness on the dangers of human trafficking in your communities. You know that when things go wrong in a community, the women suffer more and that is the reason why we must work together to end the new slavery in our land”, the Director General said.

The sensitization by the Director General was parts of the strategic steps by NAPTIP to step up its enlightenment programme in the Niger Delta region of Nigeria.

Highpoint of the programme was the presentation of certificate of excellence to the NAPTIP boss by the convener of the summit, Her Majesty, Dr (Barr) Josephine Diete Spiff, Queen of Twon Brass Kingdom.