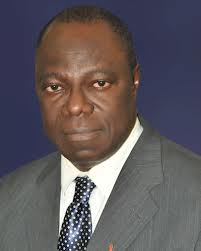 Prof. John Idoko came into office as NACA Director General with over 20 years of local and international experience in the area of HIV and AIDS. Since his appointment in April 2009, NACA has recorded the following significant achievements:

Prevention of Mother to Child Transmission (PMTCT) of HIV. During my tenure, the coverage of this important component has increased from 7% in 2008 to 32% in 2012 and the number of PMTCT centres has increased from 533 in 2008 to 800 in 2012.In December 2011, o the World AIDS Day, NACA working with the First Lady’s NGO, Women for Health and Development Initiative Integrated Health Program (WHD IHP), got the First Lady to launch “the Accelerated PMTCT Program” for the country and this is soon to be followed with zonal launches of the program. This is in a bid to get to 90% coverage of this program and get to an “AIDS free generation” with zero transmission of HIV from mother to child.

HIV Counselling and Testing (HCT). The number of testing centres has increased from 896 in 2008 to 1357 at the end of 2011. So also has the number of Nigerians that have tested.

NACA with funding from the Global Fund has renovated over 524 Primary Health Care Centres in various states of the country. This number will rise to over 556 by the end of 2012.

Establishment of NACA structures with the creation of additional department for resource mobilization and recruitment of competent staff to fill vacancies approved by the Board. This has strengthened the organizational capacity to manage all its programs, deliver on its mandate and also mobilize domestic and international resources.

Initiated a robust capacity building exercise for State Agencies for the Control of AIDS to strengthen capacity for the coordination and supervision of HIV/AIDS services nationwide.

Initiated a mapping exercise of NGOs, CBOs, and FBOs delivering HIV services in all states of the Federation to reveal gaps, enhance planning, coordination and distribution of HIV resources.

Conducted a mapping exercise and size of Most-at-Risk Populations (MARPS) to enhance targeted preventive services to curb HIV transmission in Nigeria.
Conducted epi-appraisal in states to understand the “drivers” of the epidemic in the states and therefore the appropriate prevention interventions.
Development of Minimum Prevention Package Intervention for the general population and key populations as part of COMBINATION PREVENTION.
Initiation of Corridor projects targeted at Long Distance Truck Drivers in collaboration with Federal Road Safety Corps (FRSC) with HIV prevention intervention projects starting with two junction towns in Wudil in Kano state and Ogere in Ogun state (2010).

Rolled out the implementation of a uniform electronic data collection and reporting platform (DHIS 2.0) for all HIV service delivery facilities in Nigeria in collaboration with the Federal Ministry of Health.

NATIONAL HIV STRATEGIC DOCUMENTS LAUNCHED
– National Strategic Plan/Framework 2010 – 2015), Strategic plans/Frameworks (2010- 2015) for 35 states + FCT, 6 CSO platforms, line ministries (2010)
– National HIV Policy (2010)
– National Research Policy and Agenda (2011)
– National HIV Prevention Plan (2011)
– Report of the Annual Joint Review of the National Response (2011)
– Nigerian National Response Information Management System (NNRIMS, 2011)
– National AIDS Spending Assessment (NASA, 2011)
– Strategic Behaviour Change Communication document (2011)
– Strategic Plan for Women, Girls and HIV (2011)
– National HIV and AIDS Monitoring and Evaluation Plan (2011)
– National Vaccine Plan (2012), expanding the country’s participation in the global search for an HIV vaccine.
– National Condom Strategy developed jointly with the Reproductive Health Department of the Federal Ministry of Health.
– Sustainable financing for HIV/AIDS in Nigeria: National HIV and AIDS Resource Mapping and Development of Resource Mobilization Strategy.
Advocacy to National and State Legislature and Governments
– Increased budget for HIV from FGN, some states and LGAs
– 31 State Action Committees for the Control of AIDS (SACAs) transformed into Agencies from 10 in April 2009; making them legal structures in the various states and qualifying them to access World Bank credit. Remaining 6 states at various stages of transformation.
– Stigma and Discrimination Bill has passed by 6th House of Representatives and efforts to represent it on the way the 7th House for onward submission to the Senate.
– HIV/AIDS Constituency Outreach (Advocacy) for members of National Assembly (2009/2010). As part of the strategy of strengthening ownership and sustainability and taking the HIV message to the grassroots, NACA adopted constituency advocacy to enable members of the national assembly advocate with State Governors, LGA Chairmen, Traditional Leaders and Community members. These advocacies were done in collaboration with NACA, State SACAs and Donor Partners in the state with HIV testing at advocacy rallies.
– NACA supported the preparation for the Abuja +10 Heads of State Conference on HIV and related diseases coming up next year with NACA acting as the secretariat to the Presidential Committee set up by Mr. President.

UNIVERSAL ACCESS PROGRESS
– HCT sites now 1357 (2012) from 897 in 2008
– ART sites now 490 (2012) from 294 in 2008
– PMTCT sites now 800 (2012) from 533 in 2010
– Upgrading of over 100 PHCs in five states, more in 13 states next year
– Decentralization of comprehensive HIV services to PHCs – 524 PHCs upgraded, equipped and staff trained to deliver comprehensive HIV, TB and Malaria services
– Integration of HIV services with Malaria, TB, Maternal, New Born and Child Health (MNCH)
– Training of Community Health Workers (CHWs)
Resource Mobilization/Grant Signings and Funding
– Under the consolidated Phase 1 of Rounds 5, 8 and 9 Global Fund HIV grant (2009 2012), NACA received $151.6 million dollars and the recently approved $ 228 million dollars for phase II (2013 2015) for scaling up gender sensitive HIV/AIDS prevention, treatment, care and support for adults and children in Nigeria including Health Systems and Community Systems strengthening.
– USG and GON partnership framework for 2010 2015 signed by the SGF in 2010 on behalf of the FGN which the Government commits to support the Nigerian HIV response by 50% by 2015.
– World Bank Credit of 225million dollars for HIV for four years approved by the Government of Nigeria in 2011. This fund supports coordination al all levels (Federal, state & LGAs) and for expanding the public, private and civil society engagement and response.
– A grant of 40 million naira to support the National Call Centre for HIV and related diseases from DFID of the British Government.
– A grant of $225,000 from the O’Neill Institute (USA) and Bill & Mellinda Gates Foundation to support the phase of 1 formative research study on PrEP (Pre- exposure Prophylaxis) Program and with promise of support for a demonstration project research study.
– Held a zonal and national consultation for ownership, resource mobilization and sustainability of HIV response with state Permanent Secretaries, Commissioners of Health and state and national legislators
– Validation meeting for financing the HIV response in Nigeria in Nigeria to consider sustainable financing for HIV/AIDS in Nigeria.

PUBLIC PRIVATE PARTNERSHIP WITH NACA
– Expansion of coverage for the following HIV programs a) Comprehensive HIV prevention treatment, care & support to 5 oil producing states (Shell NiDAR); Capacity building for HIV prevention services in the six geopolitical zones of Nigeria- Chevron (SMEs); Comprehensive HIV prevention, treatment and care services in the Bonny Island -NLNG JV Partners (Ibanise)
– Establishment of Youth Friendly Centres in Nigerian universities have increase to 8 in 2009 to 12 in 2012 (Partnership with MTN, and Ecobank). This has increased prevention education and intervention among youths.
– National Call Centre for HIV and related diseases in Abuja commissioned by Her Excellency Dame Dr. Patience Jonathan in April 2012 (Partnership with Airtel, Etisalt, Access & Skye banks)
Research Efforts
– Creation of research Division in the Strategic Knowledge Management department and attracting two (2) research grants (i) in collaboration with Institute of Virology Nigeria on HIV vaccines (ii) feasibility study on Pre-exposure prophylaxis (PrEP) from the Bill and Melinda Gates Foundation in collaboration with George Town University in Washington and London School of Hygiene
– Development of the research policy documents and priorities of the national research agenda
– Provision of grants for research individuals and organizations to undertake operational research in priority areas of the national HIV respon
– Building capacity and strengthening and coordination of civil society networks including NEPWHAN, CiSHAN, NYNETHA, SWANN, NARN, ASWAN, etc.
– Strengthened relationship and coordination of development partners including USG, DFID, World Bank and Global Fund.
– Successful co-hosting the 5th National Conference on AIDS with the theme “Ownership and Sustainability” in May 2010.
Personal Achievements
– Appointed member of Core team for Pre-Exposure Prophylaxis Program (2010) by WHO/UNAIDS and George Town University (2010).
– Appointed by WHO as member of the Core Team of the Adult Guide Lines for the Antiretroviral Treatment Committee (2011)
– Elected as a member of the Governing Council of the International AIDS Society -IAS (2012 -2016)
– Co-Chair of the West African Infectious Diseases Institute (WAIDI) being set up in Abuja by ACCORDIA Group and EXXON MOBILE INTERNATIONAL