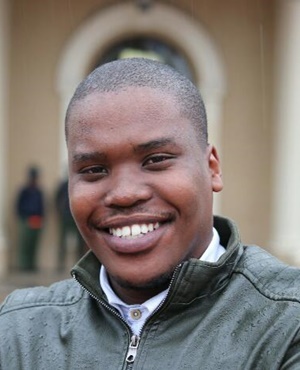 The Nelson Mandela Bay municipality has sworn in their youngest councillor, Siyamthanda Luvo Vimbani, who takes up a position as a proportional representative councillor for the Democratic Alliance.

Born in 1995, the 23-year-old Vimbani is the youngest councillor in Nelson Mandela Bay, having been sworn into office by speaker Jonathan Lawack on Friday.

Vimbani, who was born in Dutywa, and is still studying towards a BA in Development Studies at Nelson Mandela University, replaces DA PR councillor, Thobani Noqoli, who resigned last month to pursue a career in business.

“The DA is committed to empowering South Africa’s youth, so that our future leaders build on a legacy of freedom, fairness and opportunity for all,” said chief whip Werner Senekal.

As former Secretary General of the NMU Student Representative Council, Vimbani is no stranger to the responsibility of being an elected representative.

“I am honoured and humbled to have been given this opportunity. I embrace this immense responsibility in the knowledge that I form part of a coalition government that is taking Nelson Mandela Bay forward,” said Vimbani.

Vibani’s swearing in comes just days ahead of a council meeting that will once again hear motions of no confidence in mayor Athol Trollip, along with Lawack and Senekal.

The motions have been placed on the agenda for the ordinary council meeting next Thursday, after a petition submitted by opposition parties, for a special council meeting to be held on Friday, was denied.