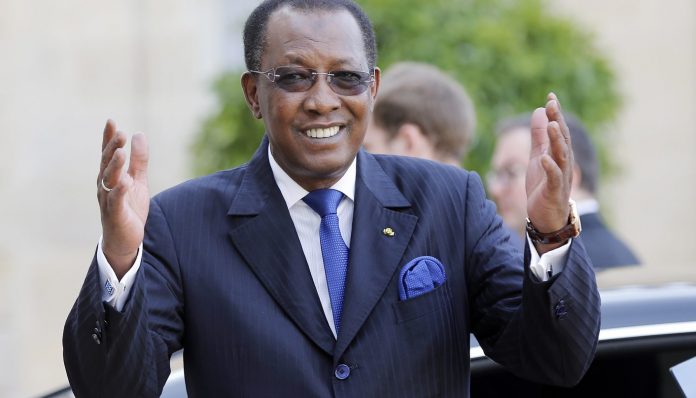 Prime Minister Benjamin Netanyahu will on Sunday welcome the President of the Republic of Chad on a historic visit to Israel, the first by a leader of the west African nation since the establishment of the Jewish State.

A statement from Netanyahu’s office announcing the “historic visit” by President Idriss Déby said that the two would hold a one-on-one meeting at the Prime Minister’s Office in Jerusalem to be followed by joint statements to the media.

Later in the evening, the two will meet again for dinner at the premier’s residence.

The Prime Minister’s Office said that Déby’s visit will mark the first visit to Israel by a president of Chad since the state’s founding in 1948.

Israel and Chad have not had formal relations since the 1970’s.

“This is another diplomatic breakthrough,” Netanyahu said in a statement. “This is a historic and important visit that comes against the backdrop of the efforts we led. I welcome the president of Chad’s arrival in Israel.”

In the 1960s the Arab-Israeli conflict drove a wedge between Israel and African countries, many of which were embroiled in liberation struggles of their own.

Later, wars between Israel and its neighbors in 1967 and 1973 led North African nations to urge sub-Saharan African states to cut ties with Israel, which many did.

In July 2016, the then-director-general of the foreign ministry Dore Gold met with Déby in the Muslim African nation in what was at the time the first such high-level meeting since 1972, when Chad severed relations with Israel.

Déby’s visit comes amid an intense diplomatic push made by Netanyahu in recent years to expand relations with African countries. Netanyahu has traveled three times to Africa over the last two years, visiting Kenya, Rwanda, Ethiopia, Uganda and Liberia.

It also follows a breakthrough in ties with Oman, with which Israel has no diplomatic ties, led by Netanyahu who secretly visited the Gulf nation and met with its leader Sultan Qaboos in October.