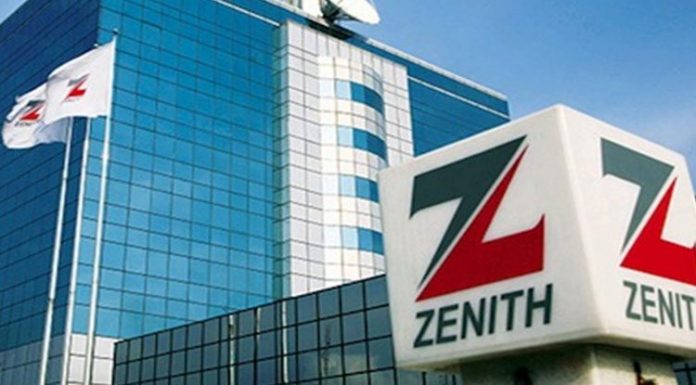 Trading in the shares of Zenith Bank accounted for over 95 per cent of the total volume of stocks amounting to 672.56 million shares worth N15.21 billion in over 2,436 deals at the Nigerian Stock Exchange (NSE) yesterday.

This comes as the domestic bourse closed Thursday’s trading session with a marginal 0.05 per cent recovery in all equities performances to close at 31,984.60 points, while market capitalization increased by N5 billion to close at N11.676 trillion from N11.671 trillion recorded on Wednesday.

Analysts at Afrinvest said: “We do not rule out the possibility of bargain hunting activities but we still maintain our bearish outlook in the near time.”

Similarly, moderate gains by the components of the banking, consumer goods and the insurance sectors mitigated the loss from the oil and gas sector while industrial goods remained unchanged.

Performance on the price chart recorded a positive margin as 16 stocks appreciated in value while 13 others depreciated.