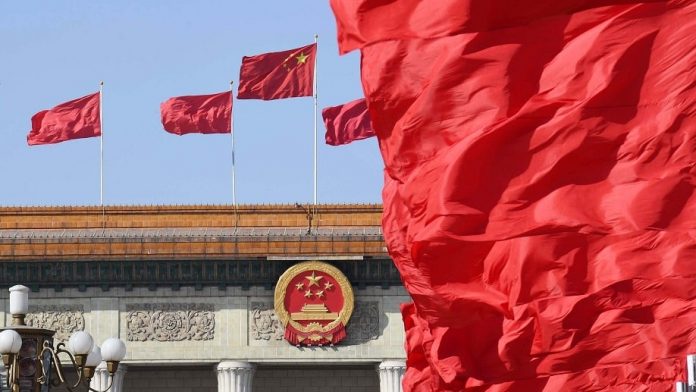 The new development philosophy, featuring innovative, coordinated, green, open and shared development, put forward by President Xi Jinping in 2015, is a key component of Xi Jinping’s thought on the economy.

As a theoretical system, it addresses a series of theoretical and practical issues regarding China’s development purpose, driving force, methods, and approaches. The new development philosophy marks a fundamental change for China’s entire development context.

Underscoring the quality of economic and social development, and comprehensively answering the key questions surrounding China’s future development, the new development philosophy has given rise to historic achievements and shifts in China’s economic development.

In recent years, the world has seen a rise in anti-globalization sentiment. Due to it, and the restrictions on travelling and transportation caused by the COVID-19 pandemic, parts of the global industrial chain and supply chain were brought to a halt. China’s domestic economic circulation was largely affected.

To address the problem, apart from adopting strong measures to coordinate pandemic control and economic growth, and expanding high-level opening-up, guided by the new development philosophy, China has actively built a “dual circulation” development paradigm, in which domestic and overseas markets reinforce each other with the domestic market as the mainstay.

The timely adoption of the new development philosophy has reinforced the resilience of China’s economy and helped shield it from global impact. As a result, China became the first major economy to register positive economic growth amid the pandemic. In 2020 and 2021, having witnessed an average GDP growth of over 5 per cent, China continued to be a stabilizing force in the global economy.

It is of vital importance for one to stay true to the right path in downpours and against the headwind. Prepared to face more complicated situations and more daunting tasks in the new development stage, China is bound to continue applying the new development philosophy, and deliver more tangible benefits to its people.

With a strong awareness of the balance between human and nature, the economy and the society, the economic foundation and the superstructure, efficiency and equity, as well as the present and the future, the philosophy not only offers a guide to high-quality development in China but also enlightens the global community in addressing development challenges.

Determined to pursue economic development featuring openness and shared benefits, China has actively taken up its due responsibilities in stabilizing the global industrial chain and supply chain. For example, despite the impact of the pandemic, the China-Europe freight train remained in operation, playing a pivotal role in international transportation. In 2021, a total of 15,183 China-Europe freight train trips were made, bringing the total number of trips amounting to over 50,000.

China has been walking the talk to help developing countries enhance their self-reliance and sustainability through a variety of projects, such as promoting the Belt and Road cooperation, establishing the South-South Cooperation Assistance Fund, and building agricultural technology demonstration centres in Africa.

China and African countries have overcome the impact of COVID-19 and held a successful Eighth Ministerial Conference of the Forum on China-Africa Cooperation. While attending the conference via video link, President Xi Jinping highlighted the spirit of China-Africa friendship and cooperation, spelt out four proposals for building a China-Africa community with a shared future in the new era, and announced nine programs for cooperation with Africa. This is a new milestone in China-Africa relations and a full expression of China’s sincerity in supporting Africa’s development and revitalization.

Over the past year, China-Africa trade and investment have both grown despite the headwinds. Efforts have been made to synergize the Global Development Initiative with the Agenda 2063 of the African Union and development strategies of African countries, to set up a platform for China-Africa private investment promotion, and to open “green lanes” for African agricultural exports to China, in a bid to help Africa with faster post-COVID recovery.

China and Africa have also jointly launched an Initiative on Partnership for Africa’s Development and formulated a China-Africa Partnership Plan on Digital Innovation, adding new dimensions to China-Africa cooperation.

China cherishes its traditional friendship with Africa and is willing to open up new prospects for the development of bilateral relations by implementing the new development philosophy.

China will continue to work with Africa to defeat the pandemic. The world is facing a new round of impact of the Omicron strain. As a friend of Africa, China will never sit by.

President Xi Jinping has announced that China will provide another 1 billion doses of vaccines to Africa, and this largest-scale assistance plan to Africa is in progress. Batches of vaccines are being transported across mountains and seas and delivered to every corner of Africa where there is in need. We will absolutely stand by our African brothers and sisters until the final victory is won.

China will speed up the implementation of the outcomes of the Forum on China-Africa Cooperation (FOCAC).

“We stand ready to enhance synergy with African partners, roll up our sleeves and work hard to deliver all the outcomes of the conference to the benefit of the African people, help Africa speed up post-pandemic recovery and embark on the path of independent and sustainable development at an early date. China is willing to work with all friendly countries to help African countries speed up post-pandemic recovery, eliminate poverty and underdevelopment, catch up with the times as soon as possible, achieve common development and create a better future.”

China and Africa have become steadfast allies and reliable partners on the path to modernization. As long as we continue to cooperate with solidarity, we will surely blaze a new trail for developing countries to achieve modernization.