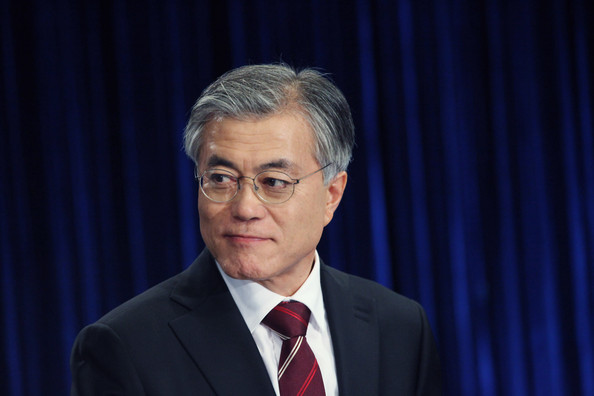 South Korea’s liberal leader Moon Jae-in will take the oath of office as president on Wednesday, tasked with navigating the country out of rising geopolitical tensions over North Korea’s nuclear programme and the risk of a rift with the United States.

Moon, 64, is expected to announce major cabinet and presidential staff appointments as early as Wednesday to swiftly end a power vacuum left by the March ouster of his predecessor, Park Geun-hye, in a corruption scandal. Moon was expected to forgo an elaborate inauguration ceremony.

Official results show Moon winning a decisive victory with the highest turnout in 20 years despite drizzly weather in South Korea. Moon won 41.1 percent of the votes compared with 24 percent for conservative candidate Hong Joon-pyo and 21.4 percent for centrist candidate Ahn Cheol-soo, according to National Election Commission data as of 0906 GMT.

As president, Moon must find a way to coax an increasingly belligerent North Korea to dial back on its nuclear and missile threats while defusing a potential trade conflict with the United States. His administration also needs to figure out how to ease tensions with China stemming from the deployment of a U.S. anti-missile defense system in the South Korea to guard against the threat of a North Korean missile strike.

Challenges include mending a deeply divided electorate and a society badly bruised by the corruption scandal.

“I will make a just, united country,” Moon told a crowd gathered just before midnight to see the former human rights lawyer who entered politics to lead a party just five years ago.

“I will be a president who also serves all the people who did not support me.”

Moon faces a divided parliament in which his own Democratic Party lacks a majority. To push through major initiatives, including creating 500,000 jobs annually and reforming the country’s powerful family-run conglomerates, he will need to forge partnerships with some of the parties and politicians he fought fiercely on his path to the presidency.

Moon’s comfortable margin of victory belies a deep ideological and generational divide in the country of 51 million people.

Data from an exit poll conducted by the country’s top three television networks showed that while Moon won the majority of votes cast by those under the age of 50, rival Hong found strong support from those in their 60s and 70s, who tend to be more conservative.

The election has been closely watched by allies and neighbours, with North Korea believed to be gearing up for its sixth nuclear test and vowing to test an intercontinental ballistic missile. Moon is expected to try to engage Pyongyang with dialogue and aid, breaking from his predecessor’s hardline policies.

Moon’s election could add volatility to relations with Washington, given his questioning of the deployment of the U.S. military’s Terminal High Altitude Area Defense (THAAD) anti-missile system, but is not expected to significantly change the alliance, a U.S. official said.

“It remains a concern that the left of center, left-wing party in South Korea is going to do well,” the official told Reuters, asking not to be named. “But they are going to have to do some coalition building, so I am not sure he’s going be able to have an unadulterated anti-alliance, anti-THAAD stance.”