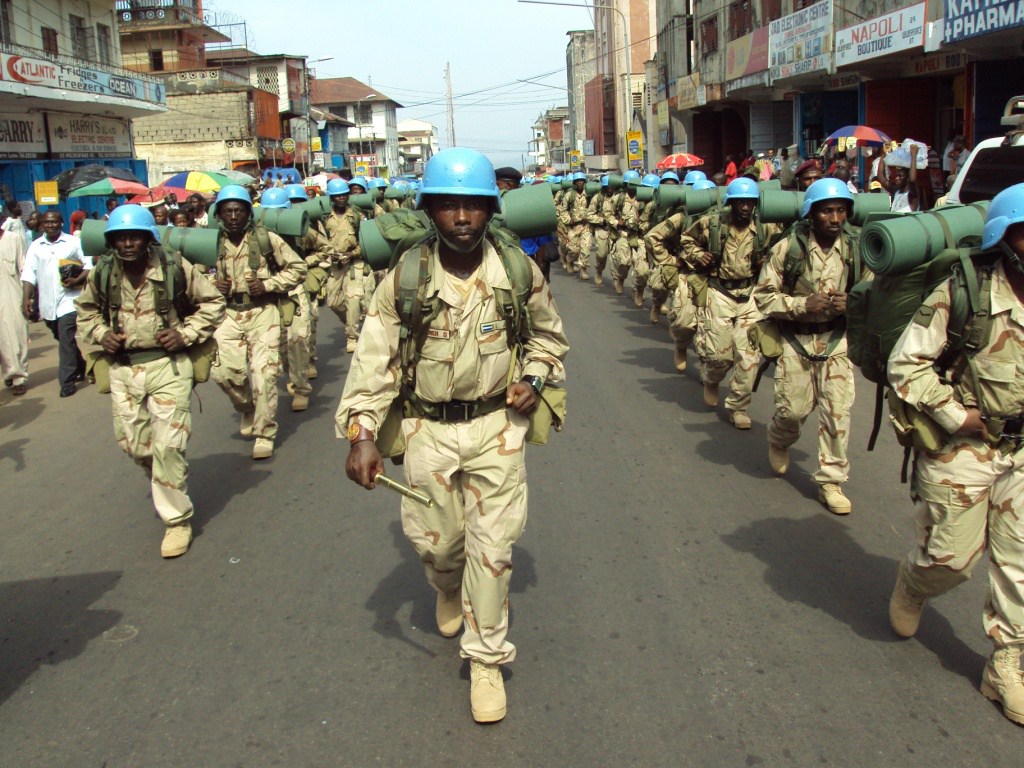 By: Pauline Bax and Olivier Monnier

West African nations are preparing to deploy a military force to counter a surge in ambushes and bombings by Islamist militants that more than 15,000 international troops have failed to contain.

Militants are targeting not only United Nations peacekeepers in Mali but increasingly carrying out assaults across its borders. That has prompted five nations in the arid region south of the Sahara desert known as the G5 Sahel to agree to assemble a 4,000-member force by the end of the year, Malian Defense Minister Tiena Coulibaly said in an interview. Niger, Burkina Faso, Chad and Mauritania will also contribute soldiers.

“The frequency of attacks is certainly increasing in both Mali and northern Burkina Faso,” Sean Smith, a West Africa analyst at Verisk Maplecroft, said by phone from Ouagadougou, Burkina Faso’s capital. “The good thing is that the countries are cooperating better than they’ve ever cooperated before, but the reality is that the number of attacks has risen every year since 2013 and there’s no sign of them abating.”

Mali has been gripped by violence since ethnic Tuareg rebels began a separatist insurgency and joined forces with Islamist militants, seizing control of the vast north in 2012. A French military intervention in 2013 pushed out most militants but ushered in an era of hit-and-run attacks and bombings. Despite several peace deals granting some separatists a degree of autonomy, groups linked to al-Qaeda have vowed to press their campaign until all foreign troops leave West Africa.

“The terrorists want to create permanent insecurity,” Coulibaly said. “Their business is well coordinated, well thought out. I don’t think the attacks are planned only when the opportunity presents itself: they’re calculated to undermine the morale of our troops.”

The UN has deployed more than 10,000 soldiers to try to help restore Malian state authority in the north, while a French military force moves across the region to hunt down militants. France last week said its soldiers killed scores of suspected fighters hiding in a forest on the border between Mali and Burkina Faso.

While the Malian government has so far failed to persuade the UN Security Council to give the peacekeeping mission a “more robust” mandate, Coulibaly said the UN force, like the French, should be able to engage in combat with militants. “They need helicopters, they need armored vehicles and they need a mandate to fight terrorism,” he said.

Seeing the conflict in Mali solely from a military perspective is a mistake, said Yvan Guichaoua, a lecturer in international conflict at the University of Kent in England.

“The Malian crisis has the characteristics of a civil war; most jihadist fighters are Malians,” he said. “If there is no substantial effort from the administration to try to restore some kind of legitimate authority, the fight against terrorism will be counterproductive.”

Attacks have become almost a weekly occurrence since the beginning of the year. An ambush on May 2 that killed nine Malian soldiers was followed a day later by a mortar attack on a UN military base in the desert city of Timbuktu that left one peacekeeper dead and eight others seriously injured. On Sunday, seven Malian troops died when an army post in the Gao region was attacked with rockets.

They’re also becoming more destructive. Militants drove a vehicle laden with explosives into a military camp in Gao in January, killing at least 80 people, the deadliest attack since the 2012 insurgency began. The UN says its peacekeeping mission in Mali has the highest casualty rate of all current UN operations globally.

Four militant groups merged into one organization called the Support Group for Islam and Muslims and led by a Tuareg chief from Mali, the private Mauritanian news agency al-Akhbar reported in March.

The violence spilled over into Burkina Faso this year, where militants on motorbikes have attacked several border posts near Mali. In the northern Djibo region, officials say primary school teachers have been told to start teaching in Arabic by men believed to be loyal to a radical Muslim preacher who spent two years in a Malian prison on terrorism charges before being released in 2015.

In March, Niger declared a state of emergency in two western regions near Mali following a series of cross-border raids that killed more than 20 Nigerien soldiers.

The immediate benefits of introducing a new West African force into the mix are unclear, given that the threats are “complex” and that the UN is already struggling to contain the violence, the International Crisis Group said in a statement last month.

“Their deployment risks aggravating what amounts to a security traffic jam,” the Brussels-based research group said. “Militants are capitalizing on local disputes and the state’s absence and lack of legitimacy.”