African Leadership Magazine
Home Trade and Investment Ngozi Okonjo-Iweala and the World Trade Organisation …A Boon for the Global... 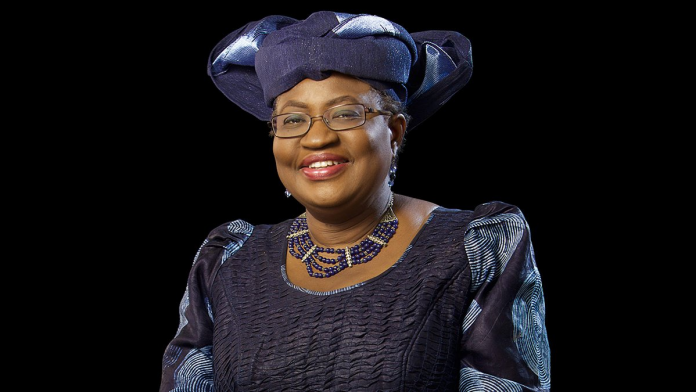 After diplomatic horse-trading, the new head of the World Trade Organisation has been confirmed – former Nigerian finance minister Ngozi Okonjo-Iweala. Following South Korean Trade Minister Yoo Myung-hee’s withdrawal from the selection process, the path is now clear for Ngozi Okonjo-Iweala, a widely respected former Nigerian finance minister to become the first woman and first African to lead the WTO. The Biden administration’s backing of her candidacy – after months of stonewalling by the Trump White House confirmed her appointment.

At a time when the global trade system is in desperate need for a cooperative and inclusive response to the Covid-19 pandemic and simmering US-China relations, all member states should welcome fresh leadership at the WTO. Yet perhaps more significantly, is the historic appointment of an African to lead the WTO, someone who has a clear vision of how the organisation can renew itself at this critical moment, will be a boon for the global economy.

Dr. Okonjo-Iweala has a laborious and uneasy task of reviving the efficacy and capacity of the WTO as the major driver of international trade and global competitiveness. No doubt that everyone associated with the WTO will agree that it needs substantial changes in deciding and enforcing the rules of global trade.  The appointment of Ngozi Okonjo-Iweala thus, opens a new chapter for the WTO. In the short term, the organization will have a key role in facilitating a more equitable distribution of vaccines as the world wrestles with Covid-19. But ultimately, the organisation’s future success relies on its ability to translate trade liberalisation into development progress.  With an African at the helm, a woman who understands what it takes to drive forward economic progress in the developing world and what obstacles lie in the way, there are reasons to be optimistic for the future.

What it means for Africa

Trade is vital for Africa’s development and to generate enough good jobs to absorb the 17 million young people who enter the labour market every year. But, for too long, global trade regulations have left the continent holding the short end of the stick; though Africa accounts for approximately 27 per cent of total WTO membership and 35 per cent of WTO developing countries’ membership.

Even though there have been improvements in African trade and economic performance since the domestic reforms of the late 1980s and 1990s, its performance has continued to lag behind that of other developing country in regions like Asia and Latin America. Africa’s share of global trade has remained very low.

Well, a few African countries, mainly oil exporting ones, have performed relatively well; the majority has seen the share of their world trade decline. A complex set of internal and external factors account for this decline and low African share in world trade. Competitiveness rankings are low, as reflected in Global Competitiveness indices. African countries have not sufficiently diversified. There is still large dependence on one or two primary commodity exports. As a consequence, they have been affected by swings in commodity prices. Domestic markets are plagued by internal barriers to trade, such as low level and poor-quality infrastructure, blunting of price signals. African markets remain small with regional markets insufficiently integrated. They have also been affected by protectionism in developed country markets, through both tariff and non-tariff barriers.

One of Dr. Okonjo-Iweala’s greatest achievements was leading a team, which negotiated a whopping $18bn debt write-off in 2005 for Nigeria, helping the country obtain its first ever sovereign debt rating. The country’s debts date back to the early 1980s, and had ballooned to more than $35billion due to penalties and late fees during the 1990s.

During her campaign last year, she told the BBC, that it was the ordinary African that she was most concerned with. She said that she wanted to “figure out how to get women and youth, who are behind these engines of growth in Africa, to benefit more from world trade.”

She was also keen to make sure that the continent moves away from exporting raw materials and instead “adds value to the goods or products we produce for the global market. “For instance, we import 94per cent of pharmaceuticals on the continent while we can produce these locally in Africa.”

While trade talks may seem cryptic and take place behind closed doors, their consequences can affect everyone’s live. From the petty trader, who criss-crosses a border several times a month, to the consumer buying an imported item in a market, to someone with a job in a manufacturing industry, they are all affected by the rules of trade.

In Africa, trade is viewed as a driver of growth, a way towards sustainable development and as a tool for poverty eradication.

The Brookings Institute noted in 2019 that, the debate on the benefits of trade has dominated this decade, and Africa has cast its vote for more and better trade with itself. In March 2018, African countries signed a landmark trade agreement, the African Continental Free Trade Area Agreement (AfCFTA), which commits countries to remove tariffs on 90 per cent of goods, progressively liberalise trade in services, and address a host of other non-tariff barrier.

Creating a single, continent-wide market for goods and services, business and investment would reshape African economies. The implementation of AfCFTA would be a huge step forward for Africa, demonstrating to the world that it is emerging as a leader on the global trade agenda,” Caroline Freund, Global Director of Trade, Investment and Competitiveness, posited.

The African Continental Free Trade Area (AfCFTA) agreement is the largest free trade area in the world measured by the number of countries participating. The pact connects 1.3 billion people across 55 countries with a combined gross domestic product (GDP) valued at US$3.4 trillion. It has the potential to lift 30 million people out of extreme poverty, but achieving its full potential will depend on putting in place significant policy reforms and trade facilitation measures.

With its large scope, the agreement will reduce tariffs among member countries and cover policy areas such as trade facilitation and services, as well as regulatory measures such as sanitary standards and technical barriers to trade. Full implementation of AfCFTA would reshape markets and economies across the region and boost output in the services, manufacturing and natural resources sectors.

As the global economy is in turmoil due to the COVID-19 pandemic, creation of the vast AfCFTA regional market is a major opportunity to help African countries diversify their exports, accelerate growth, and attract foreign direct investment. The rubrics, goals and objectives of the AfCTA aren’t incompatible in anyway with those of the WTO, and Dr. Okonjo-Iweala could help pilot it towards more support for the continent. That could be in offering technical help, trade analysis and policy expertise, turning the dream of frees trade across Africa into reality. In addition, she will possess the moral capacity to pressure African political leaders to design and implement sensible trade policies that support growth.

A first African director-general of the WTO, in a year in which the landmark African Continental Free Trade Agreement came into effect, is a double boost for Africa and for world trade.