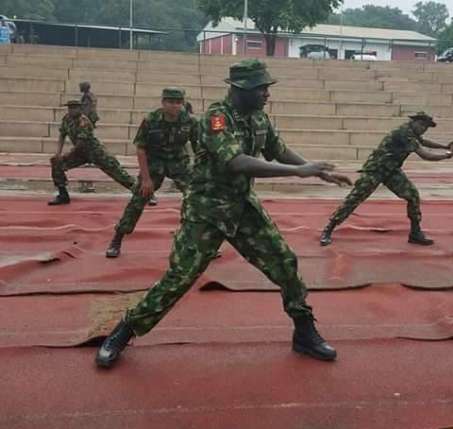 The Nigerian military has made tremendous progress against the Boko Haram terrorist group, the country’s chief of army staff told VOA Daybreak Africa.

“It is interesting to note that the ability of the Boko Haram terrorist group to move freely as they were doing before, the ability to hold ground, the ability to take on territories or ransack large communities and towns has been virtually eliminated,” he said.

Boko Haram released a video this week that shows hundreds of supporters, suggesting the group is still potent.

Buratai dismissed the video as propaganda.

“Virtually they want to show that they are still around. To the best of our knowledge and all well-meaning Nigerians who know the happenings in the northeast, they know that those are just empty, boastful positions of the Boko Haram terrorists. They have nothing to show and indeed they are just trying to show their prowess in terms of propaganda,” Buratai said.

Boko Haram, which pledged allegiance to Islamic State last year, has been embroiled in an apparent leadership struggle. The military claimed to have wounded the sect’s longtime leader, Abubakar Shekau during an air raid in August.

Buratai said the army continues to receive leads on the whereabouts of people kidnapped by Boko Haram in the northeast, including the more than 200 Chibok schoolgirls still missing more than two years after their abduction.

The terror group released a video in August that featured as many as 50 of the Chibok girls, prompting renewed pressure on the government to bring the girls home.

The army chief told VOA they are pursuing a “holistic approach” aimed at freeing all those abducted by Boko Haram.