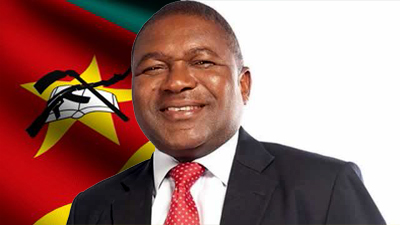 The president of Mozambique on Thursday pledged to work with the International Monetary Fund on the terms of an international audit of its public debt, the IMF said in a statement.

President Filipe Nyusi met with IMF Managing Director Christine Lagarde in Washington, where Nyusi visted to try to reassure international institutions and investors over a debt scandal involving more than $2 billion in secret loans that came to light this year.

The IMF has suspended its own lending to the southeast African country, one of the world’s poorest, insisting on external scrutiny as a precursor to resuming financial aid.

Mozambique’s parliament and its attorney general’s office have launched an investigation into the undisclosed borrowings in 2013 and 2014, but the government thus far has balked at opening its books to outside auditors.

IMF spokesman Gerry Rice said in a statement issued after the meeting that Lagarde welcomed initial steps that Nyusi’s government is taking to put the aid program back on track.

Lagarde “stressed the need for further policy action aimed at stabilizing the economy and for more decisive efforts to improve transparency, in particular an international and independent audit of the companies that were funded under the loans disclosed in April 2016,” Rice said.

He added that Lagarde “welcomed that the president indicated the government of Mozambique’s willingness to work with the IMF on the terms-of-reference for this process – to be initiated by the office of the Attorney General – and to implement it.”

An IMF staff team will be sent to Maputo next week to start work on these terms, Rice said.

The debt crisis and aid suspension has hit Mozambique hard,with its currency, the metical, losing nearly 40 percentagainst the dollar since January and economic growth slowing tobelow 4 percent. With foreign debt soaring toward 100 percent of gross domestic product, Mozambique’s government has been forced to revise its 2016 budget, which now shows a deficit equal to 11.3 percent of GDP. The central bank hiked interest rates by 300 basis points in July to try to prop up the currency and contain inflation. Eric LeCompte, director of Jubilee USA Network, a Washington-based non-profit group that advocates for the world’s poorest people, said he hoped that a balance could be struck between the need for increased transparency of Mozambique’s finances, and the need to restore aid to the country.

“We have to ensure that those who did nothing to create the crisis are not the most impacted by the crisis,” LeCompte told Reuters.