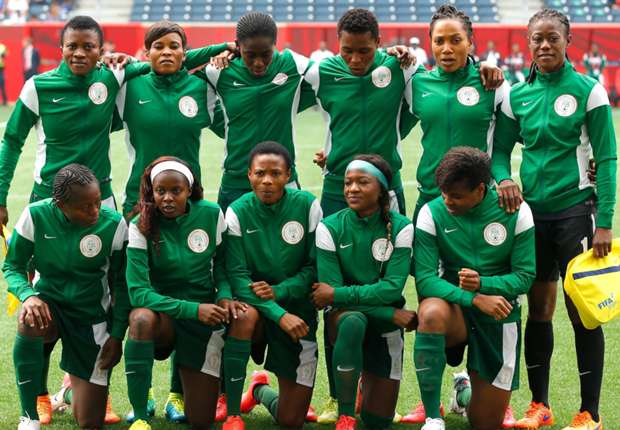 The Falconets, who are runners-up in the 2010/14 FIFA Women’s world cup in preparation for the 2018 competition, defeated an Austrian club side, FC Wacker Innsbruck 4-0. The Falconets will depart for Austria on Thursday 2nd of July, 2018.

This wins makes them undefeated on their road to Austria and scoring seven (7) un-replied goals. Rasheedat Ajibade scored a brace and one each from Adebisi Saheed and Chinyere Igboamalu.

Few days earlier, the Falconets defeated another Austrian club, FC Bergheim 3-0. Saturday’s match in Tirol was watched by Nigeria’s Youth and Sports Minister, Solomon Dalung. Ajibade, who plays for FC Robo Queens of Lagos and also featured at the last tournament in Papua New Guinea, top -scored for Nigeria in the African qualifying campaign and is heavily touted to dazzle the world in France next month.

Nigeria’s Asisat Oshoala was the top scorer and best player at the 2014 finals in Canada, where the Falconets finished as runners-up behind Germany. The Falconets remain Nigeria’s most successful women’s team at global level, winning silver at the FIFA World Cup twice (Germany 2010 and Canada 2014) and bronze once (Japan 2012), and reaching the quarterfinals in Thailand (2004), Russia (2006) and Chile (2008).

Nigeria will battle Haiti, China and Germany in Group D of the 16-nation finals.

The Falconets’ opening match is against perennial foes, Germany (who beat Nigeria in the 2010 and 2014 Final matches) at the Stade de Marville in Saint-Malo on Monday, August 6, before clashes with Haiti at the same venue on August 9 and against China in Dinan/Léhon’s Stade de Clos Gastel on August 13. To qualify for the finals, the Falconets dismissed Tanzania’s U20 girls 9-0 aggregate, brushed aside Morocco 6-2 on aggregate and whiplashed their South African counterparts 8-0 over two legs in January this year.