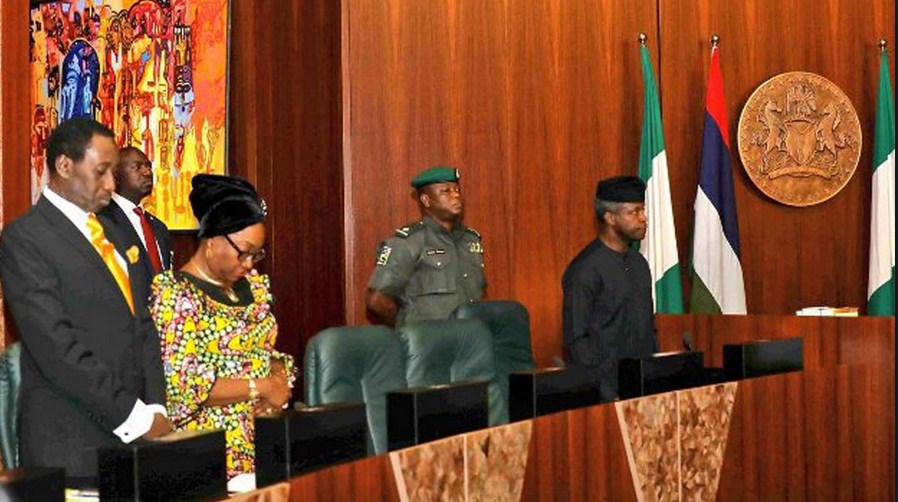 The Federal Executive Council on Thursday released the sum of N2.7 Trillion to pay up the debts owed contractors, pensioners and state governments by the federal government in the past two decades.

Minister for Finance, Mrs. Kemi Adeosun, said that the FEC has put some measure in place to ensure that the process of payment of these debt inherited by the federal government since 1994 is hitch free.

“These obligations largely consist of dues owed to state governments, oil marketers, power generation and distribution companies, suppliers, and contractors by federal government parastatals and agencies, payments due under the Export Expansion Grant (EEG), outstanding judgment balances as well as pension and other benefits to federal government employees. Some of the obligations date back to as far as 1994. The resolution of this will significantly enhance liquidity in critical sectors of the economy.“ the Minister said.

The minister gave the breakdown of the total verified N2.7 trillion liabilities to include: discounted N1.93 trillion owed contractors and suppliers as well as N740 billion outstanding pensions and promotional salary arrears reconciled by a committee set up by the Ministry of Finance on the order of the acting president in March.