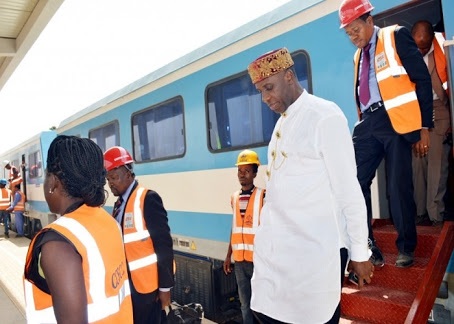 The Federal Government of Nigeria has reassured its citizens that it is dedicated to the completion of the Lagos-Ibadan Rail Line project. This project which is being handled by the China Civil Engineering Construction Company (CCECC) will be completed by the end of 2018 according to the FG.

Rotimi Amaechi, the Minister of Transportation, while inspecting the project stated that the laying of rail tracks has commenced while other environmental challenges confronting the project are being resolved.

The minister said he was impressed with the level of cooperation by the Water Cooperation and the committee, “We have put in place to identify problems; they are our heroes. If you could remember, we said we had a problem of 24 km water shortage and the committee argued that it cannot be certain until we go to the site, and they went and discovered it was only two km that was short, and we directed CCECC to commence construction at the affected areas.”